Kate Middleton has been the "most popular and photographed member of the royal family" for a long time. But now her popularity seems to be threatened.

According to Celeb Dirty Laundry, ever since Prince Harry's girlfriend Meghan Markle topped the list of Internet's most-Googled actress of 2016. Kate Middleton wonders whether she is going to be upstaged.

Prince Harry is getting ready to propose to Meghan, even as the royal Palace is gearing up to welcome her into the palace, as per  Washington Post. But does Kate Middleton feel "welcoming" towards her?

Poor Kate may or may not be feeling threatened but either way, she suffers. Even if she doesn't feel envious of Meghan, just the rumors are enough to make her feel insecure.

What makes Meghan Markle so popular is having been picked up by Prince Harry as a girlfriend. She was popular for the USA drama Suits but became a household name due to her romance with the prince. That is why everyone wanted to get to know all about her life and her background.

Kate understands Meghan's social ambitions and figures out how she can get into the public eye. Being a Hollywood actress, beautiful and well-spoken makes Meghan a "celebrity humanitarian" who loves interacting with others. Hence, Meghan seems to be more worthy of attention than the Duchess of Cambridge.

Once Prince Harry's wedding with her gets finalized, the public spotlight is bound to be fixed on the outsider, who is a new entrant. Being sparkling and evanescent, she is a hit in the royal palace and rules the spotlight.

It has been reported that Kate Middleton shies away from publicity and attendance to royal engagements and she does not fulfil all her duties as a queen. However, the media feels that she just loves attention. She will most probably miss it when the "most searched for" celebrity, Meghan Markle, marries her brother-in-law. 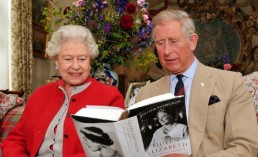 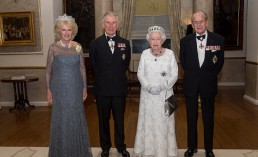