Girl group Fifth Harmony is slated to make its first public performance as a foursome later this month.

Ally Brooke, Normani Kordei, Dinah Jane and Lauren Jauregui, a.k.a. the remaining members of Fifth Harmony, will be performing at this year's People's Choice Awards on Wednesday, Jan. 18. This is their first public performance without former member Camilla Cabello, who left the group in mid-December.

Fifth Harmony also happens to be nominated for Favorite Group at this year's People's Choice Awards, where they are competing against The Chainsmokers, Coldplay, Panic! at the Disco and Twenty One Pilots. The girl group won the same award last year. It remains to be seen if Cabello will choose to attend the 2017 ceremony, but it sounds like she's looking to chart her own path.

This news comes after a month of conflicting stories between Cabello and Fifth Harmony about exactly how her exit was handled.

Fifth Harmony released a note on their Twitter page about Cabello's exit and wrote that they were informed through her representatives.

Cabello wrote in her own note that this was "simply not true" but then Fifth Harmony fired back with another note, writing about how they requested meetings with Cabello to discuss their future, to which she never showed up. They also requested group counseling, which she also did not attend, according to them.

"We were truly hurt. We've been together for almost five years, been through ups and downs... While this isn't the way any one of us would have wanted this chapter in our lives to have ended, we had to begin to formulate a plan and constructive path for Fifth Harmony to move forward, beyond Camila," the group wrote.

Both Fifth Harmony and Cabello will have albums coming out in 2017. 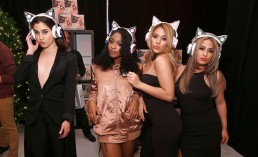 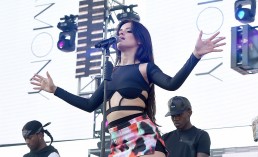 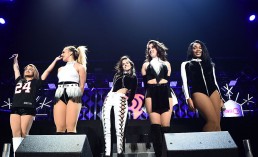