Pop star Ariana Grande has been confirmed to have her guest appearance in Square Enix's free-to-play Final Fantasy mobile game, Final Fantasy: Brave Exvius. As a matter of fact, the singer also affirmed this information by posting on her Instagram account.

According to GameSpot, Gumi, which is working together with Square Enix on Final Fantasy Brave Exvius, officially confirmed Ariana Grande's participation in the game. Aside from that, Grande's song, "Touch It," is receiving a Final Fantasy-style remix

Additionally, Gumi also stated more details about Grande's association in the game, as well as a "limited-time in-game event," that will be deliberated in the middle of the month. Aside from that, it was also confirmed that Exvius has passed 9 million downloads around the world, but this doesn't include Japan. With this milestone, the players will be getting a "significant boost" for daily log-in bonuses.

Furthermore, Forbes reported that Ariana Grande publicized her image as 'DW' or Dangerous Woman would appear in the game through her Instagram account. The character looks to be modeled after her album cover of the same name.

On her Instagram, Ariana Grande posted that "it's the cutest thing I've ever seen in my entire life and I'm so excited and in love with it I cannot contain myself."

It was also noted that this will be the first time a non-fictional character makes an appearance in Final Fantasy. This scenario seems to be fairly obvious marketing strategy aiming to attract a younger audience to the Japanese RPG franchise.

Dangerous Woman as a character that has an appearance exactly like someone the players find in this series, after all, replete with bunny ears which are a trademark of Final Fantasy avatars.

For non-Ariana Grande fans, her addition to Final Fantasy Brave Exvius will hardly be noticeable. But then for her patrons, it seems to bring excitement and fun. And for Square Enix and Gumi, this move could bring new players of Brave Exius as well as other games in the long-running series. 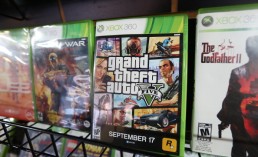 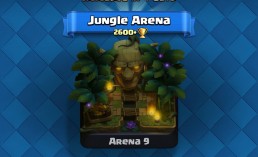 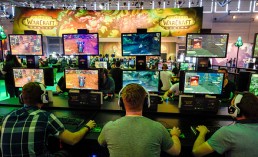