Lady Gaga might already be working on new music just a few months after the release of her fifth studio album, Joanne.

Producer Brian Kennedy posted a new photo on Instagram this week of himself with Gaga and songwriter Dallas Davidson in the studio. It was the caption to the photo that had many Gaga fans abuzz.

It's not immediately clear if this means Gaga is working on new music in the studio or if this is some other unknown project. Davidson is well known for penning hits for country artists like Blake Shelton, Luke Bryan, Lady Antebellum and Jake Owen, and Gaga potentially working with him could mean she's going full country. Her latest album, Joanne, has many country influences, especially on tracks like "Million Reasons", "Sinner's Prayer" and "A-YO".

Gaga has released two singles from Joanne, "Perfect Illusion" and "Million Reasons", both of which charted on the Billboard Hot 100. It remains to be seen if Gaga will be releasing any other singles from the album.

In the mean time, Gaga is also hard at work planning her big Super Bowl halftime show. The singer revealed that the NFL heard Joanne before it was officially released and they apparently gave her the halftime spot after hearing it.

"What was so great was the NFL heard the record before it came out. They gave me that slot, really, off my album," she told Entertainment Weekly last year. "I think-they asked to hear it, so I can only assume that meant, 'We want to hear what's coming up next.'"

Gaga will take the Super Bowl halftime stage on Sunday, Feb. 5 at NRG Stadium in Houston, Texas. The game will begin at 6:30 p.m. ET on Fox. 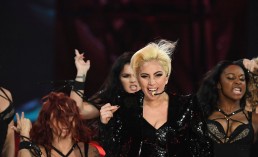 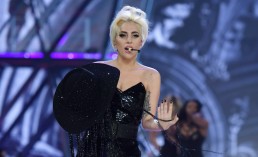