At last, fans of "The Vampire Diaries" can prepare to bid goodbye to the series. The bevy of absurdly handsome vampires playing heroes with the negative forces in the world, as well as their "rough" personalities, is officially going to fade away. Fans had loved the series so far.

There are various speculations and spoilers for "The Vampire Diaries" , mainly from the cast and crew, who are posting liberally on social media under the hashtag #TVDForever. The first news is that Nina Dobrev, the Elena Gilbert of the series, is coming for a final dance. An Instagram post by series creator Kevin Williamson makes this clear. Even Dobrev put up an image. She reveals the script for the TV show with her name on it. Interestingly, John Gilbert too might return, according to buddytv.

Even though this has roused some excitement, there are others who feel that Nina's return to the show would not be positive, as it would mean the death of somebody else. One important character would definitely have to be sacrificed.

In another post by the show's executive director, Julie Plec, a few set photos from the last episode reveal that the cast and crew were living it up even while filming the final scenes in Damon's bedroom. Plec put up an image that said: "For Sarah Jones Never Forget" and "Safety On Set In Memory of Sarah Jones," which was captioned "Last first take of the series." In one set photo by Candice King, she wrote: "That's a wrap on Caroline's house."

All the images that are smashing social media platforms are stirring up a lot of emotions, according to tvline. Final images by the people's favourite Ian Somerhalder showed a selfie and his on-screen brother Paul Wesley. He had written: "Count down to the end starts now... with these two guys."

Watch the final five episodes before the series' finale on March 10, 2017. The telecast will be on Friday on The CW in the US. 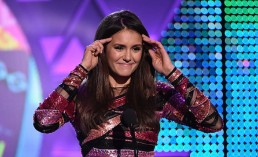