The much-awaited flagship smartphone from Apple which is iPhone 8 will reportedly not feature any button. Also, the cost of this device will be far more costly compared to its predecessor as it may be tagged at $1000.

According to MSN, the iPhone 8 that is dubbed as a ground-breaking smartphone for Apple will ditch the home button that has been existed on its predecessors. But now, the fresh news suggests that the iPhone 8 might not only remove the home button itself but it could also ditch all other physical buttons which include the volume, power and the mute switch. The Cupertino-based company is predicted to substitute these buttons with touch-sensitive ones located inside the metal frame.

For the forthcoming iPhone 8, the home button is possible to be a display-embedded and that Apple might place its 3D Touch technology inside the button. With this, the users would be navigating through the iPhone 8 similar to previous iterations, but this time by putting on pressure on the screen and body of the smartphone rather than actually pressing a button.

Aside from that, The Independent has learned that the iPhone 8 might be the most expensive iPhone that Apple Inc. will launch. This was because some reports suggest that this forthcoming flagship device could cost more than $1,000. This price tag is far more luxurious than the iPhone 7 which is already known as the highest-priced iPhone that the Cupertino-based company has ever sold.

With that extra money to shell out by the consumers, the iPhone 8 is speculated to feature a new OLED display that will encompass the entire front of the handset. Under its chassis, it will be equipped with a faster processor along with a memory that will make the smartphone perform better. The iPhone 8 might also arrive boasting new design and new materials that are made out of stainless steel rather than the aluminum being used to its predecessors.

Moreover, the above-mentioned information about iPhone 8 is just based on anticipations and speculations so it should be treated with uncertainty. But then, Apple Inc. will surely shed some light as the forthcoming iPhone release nears. 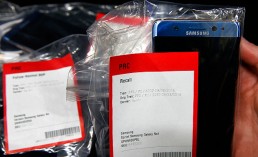 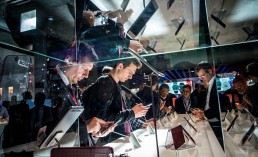