Selena Gomez and The Weeknd's romance is reportedly heating up as the two are falling deeply for each other as the relationship grows. But, Justin Bieber, Selena's ex had almost made run-in with the couple at the Grammy's after-party.

Selena and the "Starboy" hitmaker could no longer hide what they truly feel to each other. Some reports were claiming that their romance is getting serious and are planning to keep this for long.

As reported by E! News, Selena and The Weeknd, real name Abel Tesfaye are falling for each other. The report further added that the two planned of keeping their romance exclusive between them after having been spotted together for several occasions.

One source even shared that the two recording artists mains a crazy connection with each other, mentally and physically. The Weeknd never fails to let Selena Gomez feel that she is being deeply loved and that he makes her feel really confident.

Abel on the other hand feels lucky and happy that Selena is always by his side. It has been reported that she is supporting him and she even wants to join him in his every tour. But the two have not attended the Grammy together as Selena opted not to attend.

However, reports are claiming that Selena Gomez's absence in the recently concluded awards night has nothing to do with her lack of support for her rumored boyfriend. It has been claimed otherwise that the two have decided to keep their public appearances to a minimum.

Meanwhile, Justin Bieber almost had a near-in encounter with both Selena and The Weeknd. According to Entertainment Tonight, the "Purpose" singer attended Rihanna's Grammy's after-party where his ex, Selena and her boyfriend also attended.

However, the meeting did not happen as Justin Bieber left the party shortly before Selena and The Weeknd arrived. Selena Gomez has been spotted getting intimate and close with The Weeknd in the after-party. 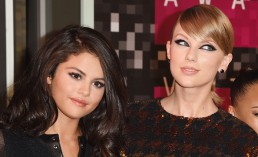 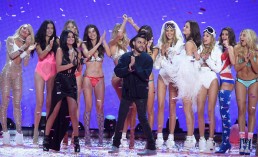 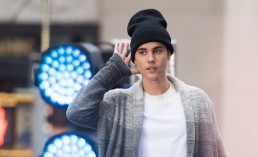