Nintendo Switch games may be too large to be stored in the console's 32GB internal memory. Square Enix is reported to consider bringing "Final Fantasy XIV" to the new Japanese console.

Nintendo Switch games have been revealed including its digital sizes. Starting with the smallest size is "Puyo Puyo Tetris" with only 1.09 GB, followed by "I Am Setsuna" at 1.40GB, followed closely by "Snipperclips: Cut It Out, Together!" with 1.60 GB.

A bit bigger in size at 5GB is "Nobunaga's Ambition," tailed by "Disgaea 5" at 5.92GB. One popular Nintendo Switch game is "Mario Kart 8" Deluxe with 7GB in size. The much awaited "The Legend of Zelda: Breath of the Wild" is second to the largest with 13.4GB.

However, one game coming to Nintendo Switch that players are concerned that might be too large for the Japanese console it "Dragon Quest Heroes" I-II with 32 GB in size. A separate SD card might be needed to download the hack and slash game according to IGN.

"Final Fantasy XIV" was originally available on PlayStation 2, PlayStation 4 and PC. On June 2016, Square Enix was in discussion with Microsoft to bring the multiplayer online role-playing game to Xbox One. "Microsoft actually approached the Final Fantasy 14 team about the cross-platform opportunity," Naoki Yoshida said in a report by Polygon. Could Nintendo Switch be the next in line?

The "Final Fantasy XIV" director is reported to say that the team wants to bring the game to as many platforms as possible. That is, as long as all versions of the game can interact with each other. That said, the availability of cross-platform play seems to be the biggest obstacle of the game coming to the Japanese console. Nintendo Switch is due for release on March 2. 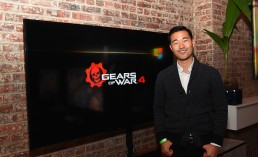 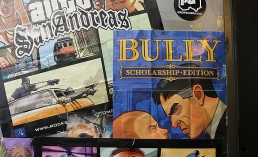 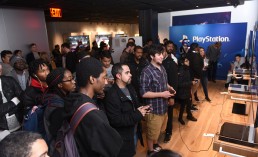