Kylie Jenner has been known for being the queen of social media and selfies. In fact, the 19-year-old star's Instagram and Snapchat accounts are full of his snaps and videos. However, the "Keeping Up with the Kardashians" star is also known for being controversial as she once again stormed the internet with her belfie.

Kylie Jenner gave a glimpse of her cheeky behind to her almost 88 million followers on Instagram. The girlfriend of Tyga looked very alluring while pulling her jeans as her bottom peeped. And it looks like she wants to share it with everyone by selling a shirt that bears her half naked picture.

The sister of Kendall Jenner will make her cheeky bum shirt available on The Kylie Shop, but it will only be on hand for a day. Although a lot would surely react on her new top, just like when people went berserk on her previous selfie wearing a very sexy white top and braless.

From there, a lot believed that Kylie Jenner had a boob job as her chest looked quite bigger than before. The television personality displayed a generous amount of her cleavage while her midriff was bared. Some of her followers asked if she went under the knife, but the star strongly insisted that it never happened.

Meanwhile, these are not the only controversy Kylie Jenner is into. As a matter of fact, another photo of her is now a talked about for smoking a cigarette. On the latest photo of the socialite on Instagram, she goes topless while lying on her stomach and seems to be puffing a rolled cigar.

Some deem that what Kylie Jenner smoking is cannabis. One of her fans even said that she shouldn't promote smoking to her million of followers as a lot of her supporters look up to her. Also, some addressed that she is not old enough to smoke a joint if that is a real one. 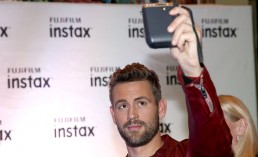 Nick Viall, Corinne Olympios Romance: ‘The Bachelor’ Admits He Has ‘So Much’ Love For The Model 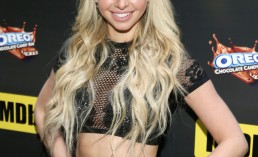 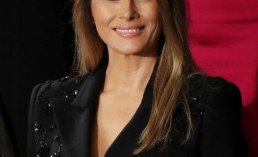