The accountants at PricewaterhouseCoopers, who were responsible for the Best Picture disaster at the Oscars, have hired bodyguards after receiving death threats.

PWC reportedly felt that bodyguards were necessary for Brian Cullinan and Martha Ruiz, the executives who mixed up the envelopes at the Oscars and took a lengthy amount of time to correct their mistake. Cullinan and Ruiz have apparently received death threats, according to TMZ, which broke the story.

Photos of Cullinan and Ruiz's homes were posted online, which is what led to PWC's decision to protect them, according to a TMZ source.

Academy of Motion Picture Arts and Sciences President Cheryl Boone Isaacs revealed to The Associated Press earlier this week that neither Cullinan nor Ruiz will ever be back for future Oscar ceremonies.

"They have one job to do. One job to do!" Boone Isaacs said. "Obviously there was a distraction."

The Best Picture snafu was a series of errors, from Cullinan and Ruiz's envelope mix-up, to Warren Beatty not calling attention to the fact that he clearly had the Best Actress envelope instead of Best Picture, to Faye Dunaway barely glancing at the envelope before declaring La La Land the winner. It took an extended period of time before stagehands rushed out to tell the La La Land producers that they had not in fact won - it was Moonlight.

La La Land producer Jordan Horowitz then went up to the mic to clarify that Moonlight had won Best Picture. He stated that this was not a joke and even showed the card revealing the film had won. The Moonlight crew, led by Barry Jenkins, walked up to the stage in a state of shock and emotionally accepted the Oscar as the La La Land crew awkwardly shuffled offstage.

It was certainly an Oscar moment few will ever forget, to the extent that people are still talking about it almost a week later.

"The Oscars are truly special, to such a degree that everyone has an opinion about it, but I'm fine with that," Boone Isaacs said. "They have an opinion about how it should be, how it shouldn't be, what we should do, who should win. ... I love that we're in the conversation. Let's just make sure that, certainly this year, the conversation is about celebrating a fantastic year in the film business and a fantastic show." 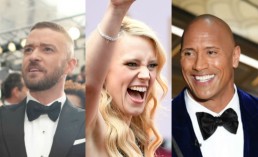 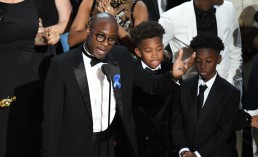 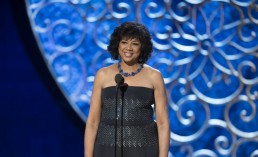