The OnePlus 4 or OnePlus 5 and Google Pixel 2 have been roaming around the rumor mills for quite some time now. These two flagship handsets will battle out against each other to prove which one is worth the wait.

According to AndroidPIT, the upcoming flagship handset from the Chinese tech giant; OnePlus is expected to flaunt high-end specs. As a matter of fact, the OnePlus 4 or OnePlus 5 might sport a dual-edge screen. Aside from that, the successor of OnePlus 3T will also have a powerful 16-megapixel selfie camera and a 23-megapixel rear-facing snapper.

The OnePlus 4 or OnePlus 5 is also believed to be engineered with Qualcomm Snapdragon 835 chipset that will be paired by an enormous 6 GB of RAM and 64 GB of internal storage. This gadget is expected to be powered by 4,000 mAh battery and it will run on latest Android 7.0 Nougat. This device is also predicted to feature a glass and aluminum body and will have USB Type-C for connectivity.

On the other hand, PC Advisor has learned that the OnePlus 4 or OnePlus 5 contender; Google Pixel 2 might also boast top of the line specs. It was speculated that this handset will arrive featuring 18:9 QHD+ Display. The upcoming Google flagship device is also rumored to be dust resistant and waterproof.

Similar with the OnePlus 4 or OnePlus 5, the Google Pixel 2 might be equipped Qualcomm Snapdragon 835 processor. This smartphone will also boast a Quick Charge 4.0 technology. When it comes to the camera department, it is believed to acquire a massive upgrade, with Google allegedly looking for a sensor that will allow the handset to excel at low-light photography. The Google Pixel 2 is said to be the first phone that will run on the Google's upcoming operation system which is anticipated to be named Android 8.0 Oreo.

These are the specs and features that the OnePlus 4 or OnePlus 5 and Google Pixel 2 might feature. Nevertheless, both OnePlus and Google haven't uttered any word yet; thus the patrons of both companies are advised to be taken this information with skepticism. 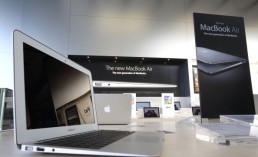 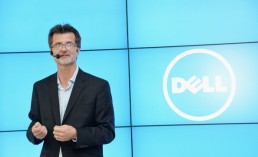