Rihanna and Chris Brown did not only make beautiful music together, but they also became a real couple much to the delight of their fans. However, things turned sour when physical assault issues came to rise and the R&B couple eventually broke up.

According to Dance Hall Hip Hop, Rihanna and Chris Brown dating rumors fired up once again when netizens noticed that the "Loyal" singer followed the "Work" hit maker on Instagram. Nowadays, social media is one of the channels where celebrities drop hints to their fans without actually revealing the real deal.

With the new development on Instagram, fans are delightedly talking about a possible Rihanna and Chris Brown reunion. Whether it be a new song or in real life, the thought about the collaboration of two of the biggest hip-hop stars are giving the fans something to look forward to.

Meanwhile, Chris Brown is reportedly busy with his upcoming album, "Privacy." According to Celebrity Insider, aside from preparing for his new album, the "Run It" hit maker is also ironing out court issues with his other ex-girlfriend, Karrueche Tran. Ironically, the 28-year old model and actress is suing the "Look At Me Now" singer for domestic violence charges.

Is Rihanna ready to open her arms once again to Chris Brown? Have they moved on from the physical assault issues of the past? As of writing, reps for the "Kiss It Better" singer and "Kiss Kiss" rapper have yet to comment on the issue. Stay tuned to Enstars for more Rihanna and Chris Brown news and updates! 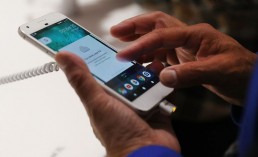 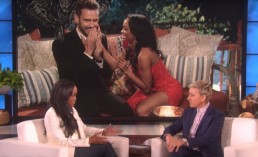 'The Bachelorette' 2017 News & Updates: Rachel Lindsay Reveals Ground Rules, Looking For Someone Not Afraid To Settle Down 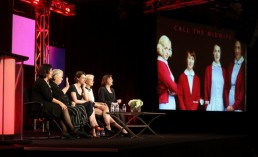