"Santa Clarita Diet," the hit horror-comedy TV series, has just been renewed and fans couldn't wait any longer. Drew Barrymore's latest show has unexpectedly turned regular viewers into patrons and because of its immense popularity, the dark-comedy series gets an order. Netflix announced releasing the Season 2 on 2018.

It's a long wait...but fan know that it will all be worth it. The hit "Santa Clarita Diet" series stars Drew Barrymore and Timothy Olyphant, who, as Variety cited, are real estate agents. What people thought as another regular housewife and the suburban family story turned out to be something really unexpected... and strange! Couple Joel and Sheila vowed to make their marriage work despite the changes that are happening withing Sheila's craving.

Despite Sheila's extreme hunger for human flesh, her husband Joel is so committed to her that he was able to commit numerous murders just to satisfy his wife's desire. For the benefit of those who have failed to see the series, Drew Barrymore's character in "Santa Clarita Diet" is about a woman who came back to life as an undead.

As Screen Rant reported, "Santa Clarita Diet" has made not only Netflix and its viewers to fall in love with it but also many of its critics. Despite many zombie series emerging, its concept is really worth commending that's why right after the end of its Season 1, the streaming service has officially renewed it.

"Santa Clarita Diet" is set to premiere in 2018, and although Netflix hasn't announced its exact date, fans were at ease since the zombie romantic series has confirmed its comeback. After all, the first season's finale is indeed nothing but a cliffhanger. Nevertheless, it's a relief to know that it Drew Barrymore and Timothy Olyphant's show will be back for more. 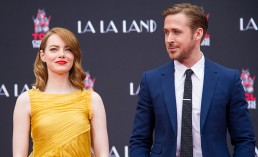 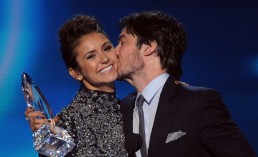 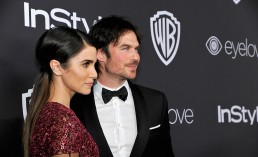