Kim Kardashian has been opened about her interest to have another baby with Kanye West. In fact, in the recent episode of "Keeping Up with the Kardashians," the 36-year-old star discussed her plans to have their third child.

It won't be an easy route for Kim to have another child with Kanye. In fact, she was remembering the hardships she had been through when she was still pregnant with North and Saint West. The television personality perfectly knew that it would be another high-risk pregnancy if she conceives, but it seems she's decided.

In the episode of "Keeping Up with the Kardashians," Kim underwent a medical producer that could help her to have another child. "This surgery is really the one last thing I can try. I want my kids to have siblings and I want to know that I did everything I could to make this happen," she explained.

Unfortunately, People reported that Kim's surgery didn't go well and there were some complication. Kim narrated that there was a problem with her bladed that they had to use a catheter. Later, when her friend Jonathan Cheban came to their house, she started to open up about her situation.

"I can't carry anymore kids ... it's the worst," Kim told Jonathan. As she now felt frustrated, she told her sisters Kourtney and Khloe Kardashian that she and her husband Kanye were thinking about surrogacy.

Kim revealed that Kanye was very nervous during her surgery, but she knew that he was looking forward to have more kids. So, as she now can't conceive, she felt like surrogacy was the only option they have.

To recall, according to Enstarz, during Kim's previous pregnancies, she suffered a condition called placenta accrete. It was a complication where her placenta got pasted in her uterus that had a chance to grow bigger inside her uterine wall. She also suffered pre-eclampsia where her high-blood pressure increased more while being pregnant. 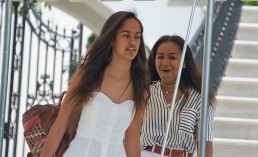 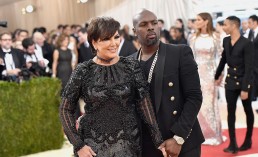 Kris Jenner, Corey Gamble Split ‘100% Not True’; Breakup Rumors Might be Featured in ‘Keeping Up with the Kardashians’ 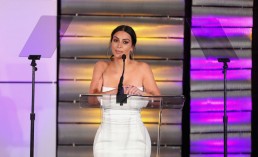