History's upcoming action-adventure historical drama, "Vikings" season 5 is one of the most talked about television series to return on TV soon. After the heartbreaking events shown in the previous season's episodes, especially on the finale, fans could not be more excited about how things are going to turn out during the fifth season.

The previous run before "Vikings" season 5 showed the most unexpected moment to happen in the series. That is Travis Fimmel's character, Ragnar Lothbrok's death. Upon leaving the Viking world, fans and viewers just can't think of any possibilities on how the series would continue without its main character. However, when it was announced that the new upcoming season is already set, excitement have dominated the fans and several probabilities have been made up regarding on who might be taking Ragnar's place.

According to Entertainment Weekly, many people have thought that Katheryn Winnick's character, Lagertha, is going to die on the previous season of the series and continue to think she will finally be written off on the upcoming "Vikings" season 5. However, it reportedly seems like no Lagertha death will be shown on the fifth season, especially this time that the actress herself has hinted on her social media account that her character is not going anywhere.

In the photo, it can be seen that Lagertha is sitting on her throne and the actress hinting that her character will not leave the chair on "Vikings" season 5 even though it would mean a challenge with Ragnar's son, Ivar (Alex Hogh). Despite some speculations that the photo would only depict the series' upcoming season's photo shoot, many believe that the series' production is keeping Winnick on the fifth season.

Meanwhile, according to Variety, the showrunners of "Vikings" season 5 revealed that there is no need for fans and viewers to get worried about how the upcoming season will survive with Ragnar's death. It has been reported that Ragnar Lothbrok's appearance might still be expected on several episodes' flashback scenarios. The producers hinted that the strength and emotions from the series' previous seasons will still be a big factor and will still impact the upcoming fifth season. 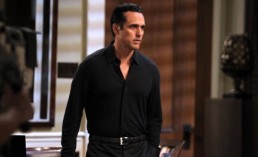 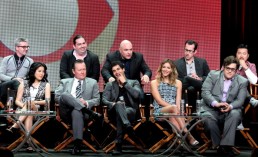 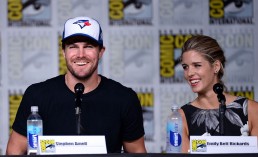