In an effort to curb crimes rising from hate speech and fake news, Germany approves a bill to penalize social media firms if they fail to comply. Advocates of freedom of speech have expressed concerns about this latest development.

Politicians in Germany worry that the proliferation of fake news especially about issues regarding the refugees may influence the public opinion. September is their national election.

In a statement, Justice Minister Heiko Maas said that there should be only a little tolerance for criminal "rabble-rousing" on social networks. He emphasized the huge importance of freedom of expression in the country's democracy. "However, freedom of expression ends where criminal law begins," he added according to a report by Reuters.

The German government has approved a draft law that will fine erring networks up to $53 million. The head of the Digital Society Association, Volker Tripp, accuses the German government of passing a law that could hurt the freedom of speech. "It is the wrong approach to make social networks into a content police," he said. The association represents consumers, digital companies, and journalists.

Maas said that he will push similar rules to be implemented at a European level. In a survey conducted by the government, social media firms have not totally deleted contents that were deemed criminal in nature. Facebook deleted only 39 percent, while Twitter is only at one percent. This is in spite of the code of conduct signed in 2015 pledging to delete hate speech within 24 hours. However, YouTube is reported to manage to remove 99 percent.

In Germany, there are 29 million Facebook active users. A spokesperson told BBC that the network is working very hard to remove illegal content in their platform. The company is also determined to work with others to solve the problem. Other social media platforms like Google, Twitter and Snapchat have yet to comment on this new law. 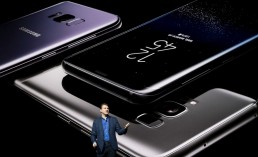