Josh Brolin is officially announced to join "Deadpool 2" as Cable, but it seems like it is being surrounded with concerns as he also plays as Thanos in the "Avengers" movies.

As the movie's lead star Ryan Reynolds is known for being true to his character as the Merc with a Mouth, fans have been waiting for his comments with the addition of the 49-year-old actor to the movie sequel. "You can't play 2 characters in the same universe!" he tweeted.

Stefan Kapicic, who plays the role of Colossus replacing Daniel Cudmore, also said his remarks to Brolin's casting. "I'm so excited about this casting, it's the perfect casting for Cable," he told Comic Book. The 38-year-old star also revealed that he is a "huge fan" of his works and he is now excited to work with him.

"It's gonna be an amazing road for the 'X-Force' movies, having someone like Josh Brolin to lead the franchise," Kapicic continued.

To recall, Brolin has played as Thanos in "Avengers: Infinity War." Hence, some expect that "Deadpool 2" might reference his role in other Marvel Cinematic Universe movies. Knowing Reynolds' character, he may talk about the "No Country for Old Men" star's villain role.

It has been known that Cable is more serious than Wade Wilson, thus the latter may deliver a punch line with Brolin's other character as Thanos making it more comical. However, Screen Rant reported that the sequel might not tackle his other superhero roles as the movie's writers have already finished doing its script.

Also, some fans hope that "Deadpool 2" won't feature Brolin's role as Thanos because it may result in confusion. The movie viewers, too, think that it is not healthy for the film to even talk about it. The sequel is expected to be released in 2018. 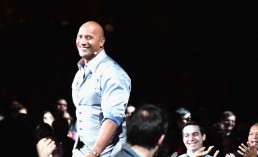 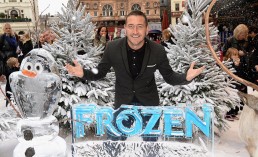 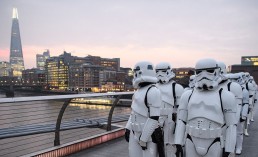