Miley Cyrus is secretly present in the much-awaited movie; "Guardians of the Galaxy 2."

According to Screen Rant, the theatrical release date of "Guardians of the Galaxy 2" is highly anticipated by its patrons. As its premiere gets near, it has been revealed that the popular recording artist and actress Miley Cyrus will be imparting her voice to a character in the upcoming Marvel Studios feature. It was also noted that ever since the first film has hit the big screens in 2014, the Marvel Cinematic Universe presented a highly original team of superheroes as reformed for the big screen by writer-director James Gunn.

With the instant box office hit with the general viewers, Gunn was hastily welcomed into the MCU fold with "Guardians of the Galaxy 2"; which serves as the second installment in a prearranged trilogy of films scheduled to tell one story. As the debut of the "Guardians of the Galaxy" approaches its launch, the avid fans of the film have plenty reasons to be excited.

In separate news, The Huffington Post has noted that blogger Sarah Ruhlman was the one who confirmed that Miley Cyrus has a role in the "Guardians of the Galaxy 2." She tweeted that James Gunn has revealed that the singer-actress will be featured in the film. Aside from that, actor Dave Bautista also confirmed the news in an interview.

Based on Ruhlman's statement, after Gunn exposed Cyrus' role, he said, "I was watching 'The Voice,' and I thought she's so likable, and her voice is awesome, she's got the best voice. And then I asked Kevin Feige, 'What do you think about casting Miley Cyrus as the voice of Mainframe?' He was like, 'Well, if you think we can get her.' ... and I got her to do it."

A news outlet has stated that though Gunn has revealed that Cyrus will have a role in the "Guardians of the Galaxy 2," only time will tell whether or not fans of the MCU will welcome the pop star with open arms. Nevertheless, it is hoped that she will deliver her best performance in the time being.

© 2020 ENSTARS, All rights reserved. Do not reproduce without permission.
TAGSMiley Cyrus Guardians Of The Galaxy guardians of the galaxy 2 Marvel Cinematic Universe
SEE COMMENT
CLOSE COMMENT 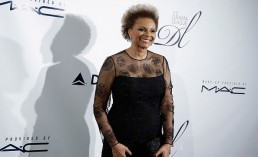 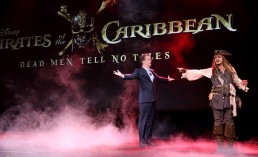 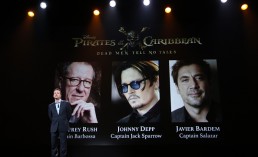