Another dummy model of Apple iPhone 8 has surfaced hinting its potential design.

According to 9to5Mac, the leak information about the alleged Apple iPhone 8 was from a Twitter user named Benjamin Geskin. It has been noted that the purportedly CNC dummy models are the iPhone 8 chassis.

Based on the leaked image, the upcoming handset from the Cupertino-based tech giant will not be featuring a rear Touch ID fingerprint sensor. This basically means that Apple might be integrating fingerprint biometric scanner into or beneath the display of the iPhone itself. Nevertheless, this still remains an argumentative issue; if the company could incorporate the fingerprint sensor into the smartphone's screen

On the other hand, the front portion of the device features a black screen which looks incredible as there is no visible bezel. Moreover, the earpiece of the alleged Apple iPhone 8 is somewhat visible at the top middle of the front view of the handset. But then, the cutouts for cameras, proximity sensors, and other parts are not noticeable.

The sides of the assumed iPhone 8 appeared to be a polished stainless steel that is similar to iPhone 4 aesthetic and it almost looks akin to an iPod classic backplate which is shiny and curved. The side portion of the handset also indicated separate volume buttons and a mute switch on the left side. The right side of the smartphone houses the power button and SIM tray, but the power switch looks to be stretched.

Furthermore, TechRadar has reported that the images of the supposed Apple iPhone 8, doesn't indicate the company's logo. With this, there is a probability that these photos are from early prototypes that the Cupertino-based company has been considering rather than the final design. In accordance with the leaked pictures, it appears that the tech giant has done a lot of efforts through somewhat limited different designs ideas in the past few months.

Conversely, the same news outlet concluded that Apple is preparing for a premium iPhone 8 or iPhone Edition to celebrate the tenth year anniversary of its smartphone lineup. The upcoming handset might be the one that was seen on the leaked photos as well as two other related upgrades to the 2016 models of iPhone. 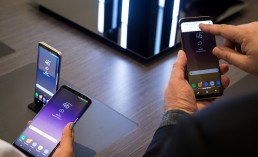 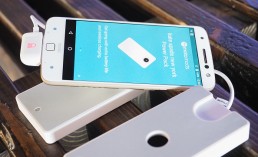 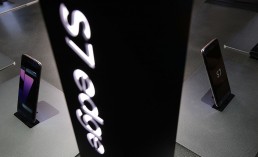