Just when fans were starting to forget about the drama between Nicki Minaj and Remy Ma, Remy took to the annual Summer Jam concert to remind fans what went down once again.

Remy decided to perform one of her latest hits at the concert, Shether, which is also a diss song against Nicki Minaj.

"I had a vision last night, I had a dream. I woke up and [I thought] I want to bring all the sisters out at Summer Jam," she said to Peter Rosenberg of her performance. "That's what I want to do with my moment. I told them I could stand there and use my 15, 20 minutes and slander somebody down to the ground. Or I could use it to make it a moment that people would remember, uplift my sisters, and show the unity and love."

Interestingly enough, she had more to say as to why Shether was her song of choice.

"It was kind of like putting flowers on the grave because the body was already gone."

She also strived to take the "queen of rap" title away and said there are multiple talented women in the industry.

Nicki and Remy had several moments of disses and clapbacks on social media as their beef went from the Internet to songs.

It's not clear who will have the last word as it's been going on for months.

Check out Remy's full interview below and keep up with Enstars for the latest. 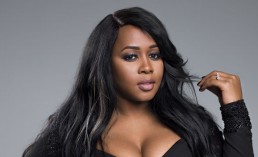