Robert Pattinson said he is "kind of" engaged to girlfriend FKA twigs. He confirmed? this information on Tuesday radio program 'The Howard Stern Show' while he was talking about how important it is for him to protect his relationship.

Until now, nothing seems weird but the problem came in a fragment of the interview when Howard Stern asked if the British actor was engaged. "Yeah, kind of," Pattinson responded.

The Stern said, "Kind of. You're one of those secretive guys with the relationship, right? Protective."

"It's one of the most frustrating things in the world because you want to be able to [be public]," he explained. "It's literally, you kind of get stuck in this position where you have to make decisions whether you want to let the crazy people in."

"To protect [the relationship] you kind of think, I want to create a big boundary between it, but then it makes it difficult for your actual relationship," the star admitted.

According to E! News sources there is no rush to get married. "Fall plans turned into winter plans and now there are no specific plans, but they still plan on getting married."

Maybe Pattinson's past relationship with his Twilight co-star Kristen Stewart made him a little bit more cautious after all the media scrutiny he suffered and that possibly ruined his relationship after 5 years together. Although the split happened after she was unfaithful with director Rupert Sanders.

You can listen the interview here: 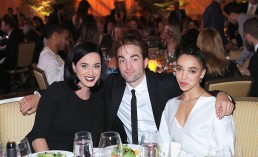 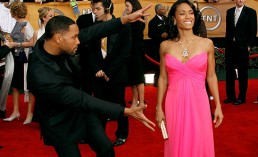 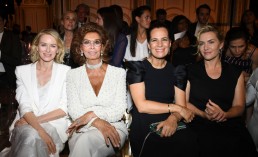