According to a new report, the Teen Mom 2 star's third baby daddy and soon-to-be husband avoided heading to jail last week after a case involving a domestic violence protective order violation was thrown out.

"David Eason was found guilty of violating the order in 2016 when he saw his young son in a grocery store and hugged him. The judge sentenced him to whopping 60 days in jail, but before he could do his time he filed an appeal and the sentence was thrown out," Radar Online confirmed to readers on August 14.

Eason, who became engaged to Evans in February of this year, had a court date on August 7 and, according to the New Hanover County Clerk of Court, his case was continued. As the outlet explained, Eason was dealt an arrest warrant in2016 after he allegedly “grabbed” his son while he was spending time with other family members.

“Defendant was in the same location as his child, who was out with his grandmother and aunt when defendant approached and hugged [his child],” an arrest warrant stated.

Prior to the incident, Eason’s ex-girlfriend had obtained a protective order against him due to their allegedly volatile relationship.

Evans and Eason began dating one another in 2015 and now, after welcoming their first child together earlier this year, they are preparing to say their "I dos" and luckily, Eason's 60-day jail sentence won't ruin their big day.

Evans and Eason are set to tie the knot on September 23, 2017, as the longtime reality star recently confirmed with her fans and followers on Instagram.

To see more of Jenelle Evans and her family, tune into Teen Mom 2 season eight on Monday nights at 9 p.m. on MTV. 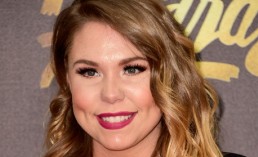 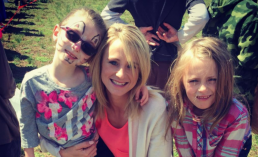 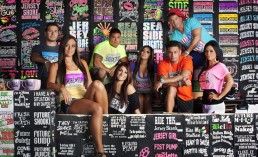