Farrah Abraham was reportedly fired from the Teen Mom franchise earlier this month after starring on 16 & Pregnant, Teen Mom, and Teen Mom OG in recent years. After she shared the shocking news on social media, her former co-star spoke out.

During an interview on Monday, Amber Portwood's former fiance, Matt Baier, who starred on Teen Mom OG for the past few seasons, opened up about the network's alleged decision to terminate Abraham's contract, revealing that he is actually on her side.

“Farrah and I have always had our differences, but what she does to support her child is her business,” Baier told Radar Online on Nov. 6. “One thing I have always respected about Farrah is the fact that she works constantly."

While Abraham has since returned to social media and denied that she was fired or that she breached her contract, she initially told fans on Instagram last week that she had been canned from Teen Mom OG due to her decision to strip down for the adult website CamSoda. She even took aim at her producers, including Larry Musnik, claiming he and the network forced her to work in an unsafe and unprofessional setting.

“MTV has a lot of balls passing moral judgment on anyone,” Baier continued to Radar. “It seems like their motto is ‘you can’t act stupid or do anything we deem immoral unless of course you do it on our show and it helps ratings.’"

According to Baier, MTV is exhibiting double standards and hypocrisy. Meanwhile, Abraham's co-stars, including Catelynn Lowell, Amber Portwood, and Maci Bookout, are said to be relieved that Abraham will reportedly no longer be included on the show. As an insider close to Portwood explained, Abraham is far too sexual and her behavior during CamSoda's webshow was unacceptable.

Because of Abraham's contradictory stories in regard to her current status on Teen Mom OG, it is hard to say for sure whether or not she's been fired from the show and won't be featured during the series' potential eighth season.

To see more of Farrah Abraham and her co-stars, including Maci Bookout, Amber Portwood, and Catelynn Lowell, don't miss the upcoming premiere of Teen Mom OG season seven on Nov. 27 at 9 p.m. on MTV. 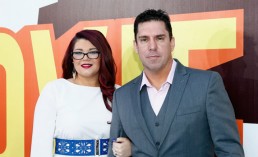 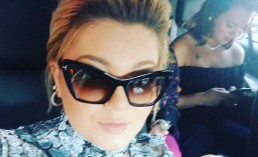 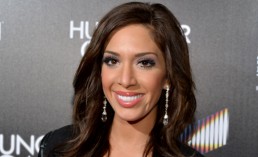