In a study published in Nature Medicine, a research team led by Dr. Itzhak Fried, a neurosurgery professor from Tel Aviv University and the UCLA's David Geffen School of Medicine, showed that not sleeping enough robs brains cells of their ability to properly function, making it difficult for an individual to perceive their surroundings and react accordingly.

Studying The Effects Of Sleep Deprivation

Fried and his colleagues observed 12 people preparing to receive surgery in UCLA to treat epilepsy. Electrodes had been implanted in the patients to identify the exact origin of their seizures. Sleep deprivation can induce seizures so the patients stayed awake throughout the night, speeding up the onset of epileptic episodes, which shortens their stay in the hospital.

The study participants were then asked to categorize images as fast as they can. During this activity, the electrodes recorded a total of almost 1,500 brain cells firing off from all the patients, with the researchers paying particular attention to those located within the temporal lobe, the part of the brain responsible for regulating visual perception as well as memory.

The researchers also noted that as the patients got sleepier, they also had more difficulty completing the task at hand. And as the study participants slowed down, so did their brain cells.

"We were fascinated to observe how sleep deprivation dampened brain cell activity," said Tel Aviv University's Yuval Nir, the study's lead author. Nir added that brain cells did not only respond more slowly but they also fired more weakly and had transmissions that dragged on for a longer time than usual.

The study also pointed out that slower brain cell activity was accompanied by slower brain waves in the temporal lobe and other regions of the brain. With slow, sleep-like waves disrupting brain activity, negatively affecting the patients' performance, it suggested that certain parts of the brain were shutting down, leading to mental lapses, while other parts are active and running normally.

Think of a sleep-deprived driver noticing a pedestrian stepping in front of their vehicle. The driver's brain will take longer to register what they are seeing, resulting in a slower intended response of navigating to avoid hitting the pedestrian.

According to Fried, severe fatigue has the same effects on the brain as consuming too much alcohol. However, no medical or legal standards have been set to identify overtired drivers in the same way that drunk drivers are spotted.

In the past, connections between sleep deprivation and higher risks for obesity, heart disease, depression, and diabetes have been identified by other studies. 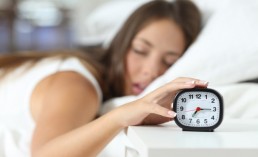 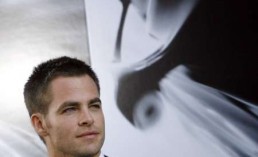 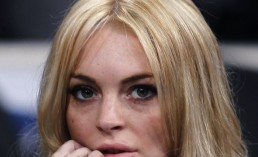