Are Katy Perry and Orlando Bloom back on and headed for a wedding?

Earlier this month, Perry and Bloom sparked rumors of a possible reconciliation when they were spotted paddle boarding together in Santa Barbara, California during Labor Day weekend and according to a new report, their outing was not a one-time event. In fact, Perry and Bloom are reportedly back on and getting serious about their romance.

“Katy and Orlando have been quietly dating again for several weeks,” an insider told Life & Style magazine on September 14. “They’ve been trying to keep things private but are super-serious.”

“They’re even talking marriage this time!” the insider added.

Perry and Bloom began dating last year and continued to date for 10 months before splitting in February amid allegations claiming Bloom was feeling like "he lived in Katy’s shadow."

“Orlando never stopped calling Katy,” the source continued. “They saw each other at an event before the Santa Barbara getaway and all the old feelings crept back in... Katy has never stopped loving Orlando. Her love for him is real. Their chemistry is undeniable.”

Prior to Perry and Bloom's paddle boarding outing in Southern California weeks ago, sources claim the couple had come together and attended an Ed Sheeran concert.

A short time later, Perry spoke of spending time with the actor during an interview on SiriusXM’s The Morning Mashup.

“Well you know I think people are in and out of your life. It’s nice to keep people you love around you,” she explained. "When you get older, lines get blurred. And you know what, I'm really busy. I'm about to go on tour for another year.” 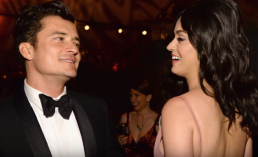 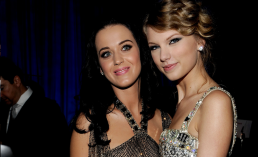 Katy Perry On Breaking Her Silence On Feud With Taylor Swift: “I'm Not Buddha” (VIDEO)