Always forget if you've taken your medication? The U.S. Food and Drug Administration has your back, approving the first digital tracking pill in the country.

Abilify MyCite combines oral aripiprazole tablets from Otsuka Pharmaceuticals with an Ingestible Event Marker sensor to track if the medication has been taken. It is approved for use in treating schizophrenia, bipolar disorder, and as an add-on therapy for adult depression.

"This approval marks a potentially transformative juncture in our more than 25 years of experience in the field of mental health therapies," said Tatsuo Higuchi, representative director and president for Otsuka Pharmaceuticals.

"The FDA supports the development and use of new technology in prescription drugs and is committed to working with companies to understand how technology might benefit patients and prescribers," added Mitchell Mathis, M.D. Psychiatric Products Division director for the Center for Drug Evaluation and Research at the FDA.

According to Higuchi, the Abilify MyCite will be rolled out in phases to allow them to gather and respond to feedback provided by patients and healthcare providers.

How The Abilify MyCite System Works

The system has three main components: the pill itself, a patch that detects and records the time and date the pill was ingested and tracks other physiological data, and a smartphone app that allows gathered data to be viewed. A web-based portal is also available to give physicians and caregivers access to the data, as allowed by a patient.

Using Abilify MyCite to track drug use in real time or in the event of an emergency is not ideal, however, as there may be a delay or problem in the detection. Typically, it can take anywhere between 30 minutes and two hours for pill ingestion to be detected. If the MyCite app is unable to show if the pill was ingested, a repeat dose is not advised.

Abilify MyCite's labeling information also notes that the product's ability to improve treatment compliance in patients has not been proven. It comes as well with a Boxed Warning to alert healthcare professionals to the effects of antipsychotic drugs on elderly patients diagnosed with psychosis related to dementia, citing higher death risk. In children, it warns of higher risks of suicidal behavior and thoughts.

Abilify first received approval from the FDA as a treatment for schizophrenia in 2002. The ingestible sensor fitted into Abilify MyCite was first allowed by the agency to be marketed in 2012. In clinical trials, most common side effects to Abilify reported were restlessness, insomnia, anxiety, uncontrollable body and limb movements, dizziness, headache, constipation, vomiting, and nausea.

While the aripiprazole tablets are made by Otsuka Pharmaceuticals, Abilify MyCite's sensor and patch are manufactured by Proteus Digital Health. 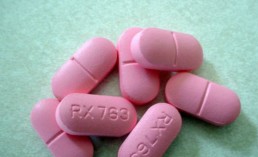 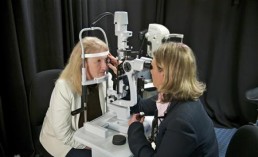 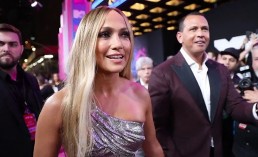