Senerchia was the inspiration behind the ALS Ice Bucket Challenge but the campaign itself started out not specifically tied to a particular charity or cause. He became the face of the challenge after golfer Chris Kennedy nominated Senerchia's wife, Jeanette, his cousin. Kennedy himself did the challenge and chose ALS as his cause in support of Senerchia.

Passing along the challenge, Jeanette posted a video of her getting dumped with ice water on July 16, 2014. To honor Senerchia, she and those who took up her challenge used the hashtags #StrikeOutALS and #takingiceforantsenerchiajr. Pelham, NY, where they lived, was small so it wasn't long before the challenge was spreading like wildfire. What no one expected, however, was the kind of reach the challenge would have outside their community.

After a few weeks, the ALS Association started observing an increase their donations. By Aug. 18, 2014, the organization recorded 307, 598 new donors and over $15 million in donations.

According to Kennedy, the challenge was a small gesture meant to put a smile on Senerchia's face while bringing awareness to ALS.

"It is something we never could have dreamed of," he said, talking about how the challenge turned viral.

Who Is Anthony Senerchia, Jr?

Senerchia was born to Anthony and Rose Senerchia in Mount Vernon, NY. The third of four boys, he grew up in Pelham, NY, where he also lived after marrying Jeanette in 2003. Shortly thereafter, however, he was diagnosed with ALS.

Still, he beat the odds and lived over 10 years beyond his doctors' expectations. Senerchia always had a fighting spirit and positive attitude but he attributed his immense will to live to his love for his daughter, Taya.

He went on to establish the Anthony Senerchia Jr. ALS Charitable Foundation and tirelessly worked to raise awareness for his condition. The Ice Bucket Challenge he inspired also raised more than $200 million for ALS research.

"Anthony will be remembered as a fireball who tried everything in life," said his obituary. 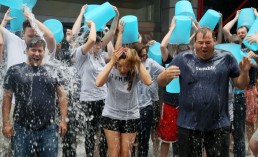 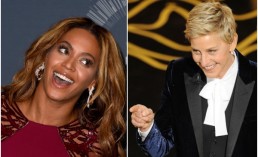 Beyoncé ALS Ice Bucket Challenge: 'Pretty Hurts' Singer is Nominated by Ellen Degeneres & Drake, Will She Do It? [VIDEO] [PHOTO] 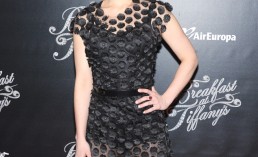 Kate Middleton Was a Freeloader, MUST Do More Now Because of Megxit, Analyst Says