Caitlyn Jenner's home is far from the California wildfires presently consuming the state but it still wasn't safe from Mother Nature.

Dec. 6, Wednesday, the I Am Cait star went out to dinner and found most of the roof over her Malibu home has been torn off, no thanks to the 60mph-plus winds tearing through the area and fanning the flames in Ventura County.

Coming to a house without a roof can be unnerving but the more horrifying realization for Jenner was that Bertha, her Labrador puppy, was missing. Like any pet owner, she called and searched for the pup in the dark, to no avail. As she was unable to stay in the property, Jenner left for the night and spent it with family.

The next day, Jenner called one of her sons to help her move parts of her torn-off roof. Bertha still hasn't been found at the time so the puppy was feared to be dead, trapped under the debris.

"It was awful. We all thought Bertha was buried under that wreckage," said a representative for Jenner.

However, the damaged roof proved too heavy for Jenner and her son to move so they called in a crew to help. When they arrived, one of the workers said in passing that he had seen a dog on the way up the canyon to the property.

This filled Jenner with the hope that her pet Bertha was still alive so she rushed down to see for herself. Sure enough, a familiar face greeted her. Bertha was filthy but nonetheless safe.

A new member of my family- Bertha, two months old.

Like anyone would expect from a Jenner pet, Bertha appears to be living the life.

I love Bertha and she loves me. And we both love our morning walks. @peta A post shared by Caitlyn Jenner (@caitlynjenner) on Sep 3, 2017 at 10:02am PDT

It's a good thing the pup was safe following the harrowing (and downright freaky) incident with strong winds.

I wonder what my day is going to bring?

Wildfires continue to raze through Southern California, growing so massive that production for TV shows like Westworld and S.W.A.T. had to be halted. As of 10 a.m. Dec. 5, Tuesday, the Rye Fire had flared up close to Newhall Ranch Road north of the San Fernando Valley. This led to closures on freeways, which in turn caused main roads to be clogged with traffic jams. Aside from Ventura County, San Bernardino and Los Angeles are also affected by the wildfires. Many homes, Paris Hilton and Lea Michele's including, had tobe evacuated for everyone's safety.

This wild fire in LA is terrifying! My house is now being evacuated to get all of my pets out of there safely. Thank you to all the firefighters who are risking their lives to save ours. You are true heroes! pic.twitter.com/6uYBUh1pjV — Paris Hilton (@ParisHilton) December 6, 2017 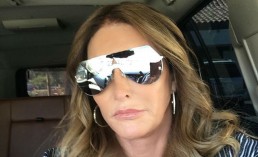 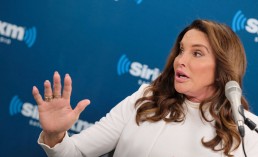 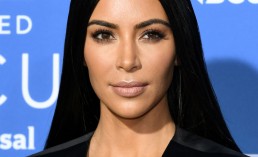