Good things come to those who wait. That's the optimistic attitude that fans of Netflix's "Stranger Things" will have to have.

Earlier this month, fans were so excited when the Duffer Brothers announced that a third installment of the hit series was definitely happening.

Now fans are extremely disappointed or maybe halfway happy to know that their dreams of possibly getting it in October 2018 have been crushed.

David Harbour A.K.A Hawkins's Sheriff Hopper estimated that the third season would probably premiere sometime in 2019.

"One of the things that's annoying for fans is that it takes us a long time to do them," Harbour told Variety.

The upside is that the Duffer Brothers have plans to run "Stranger Things" on Netflix for at least four seasons. They know where the story is going, but they aren't the fastest writers.

"Those guys work so hard, they just sit in their apartment and write for 12, 14 hours a day," Harbour continued.

The first season premiered in the summer of 2016 and the second premiered in October 2017. There was about a year and a half gap between both seasons. If that pattern keeps up, fans definitely shouldn't expect a third season until 2019. At least season three is definitely happening and will definitely be amazing. Fair enough? No?

They're going to be a year older by the time we start shooting season three," Matt Duffer told The Hollywood Reporter.

"It will have to be somewhat of a time gap, I mean they already look so much older," Duffer explained.

At least there are no signs that any of the cast members will be replaced.

In more positive news, Harbour has been nominated for best performance by an actor in a supporting role in a series at the 2018 Golden Globe Awards. "Stranger Things" was also nominated for the Best TV Drama.

In 2016, the cast took home the Screen Actors Guild Award for Outstanding Performance by an Ensemble in a Drama Series. Fingers crossed that Harbour will take home the Golden Globe.

From the looks of it, 2018 doesn't look too exciting. But 2019 looks like it will be one heck of a year as the final season of Game of Thrones is also expected to premiere.

But who's to say eager fans won't encourage an earlier release. Until then, fans will just have to patiently wait to see if the creepy shadow monster will return to Hawkins. 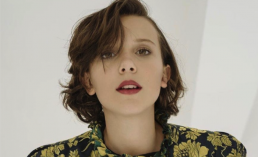