Faith Stowers is facing serious backlash on Instagram after Jax Taylor admitted to sleeping with her behind his girlfriend's back during Monday's episode of Vanderpump Rules.

Throughout the past several days, Stowers has been interacting with her fans and followers in regard to what happened between her and Taylor. Days ago, she suggested that her race had something to do with the bullying she's been facing.

"I am looking past the bullying and the hatred from all the 'saints' on here with nothing else to do," she wrote. "I can’t even feel it because all the current love I’m receiving. I’m a proud black woman whether you like it or not. I'm actually being attacked more than Jax is even with his track record and I’m starting to think it’s because of allll this melanin."

“Brittany’s racist remarks don’t [a]ffect me either," Stowers continued in the comments section of her post. "Thought she was a sweet southerner.”

According to Stowers, Cartwright called her after her affair with Taylor was confirmed and “attacked my ethnic hair texture.” She's also received harsh comments directly from Taylor.

During the first episode of Vanderpump Rules season six earlier this month, Stowers revealed her fling with Taylor to her co-star and friend, James Kennedy, and quickly, other members of the cast learned the news.

Although Taylor denied the rumor at first, he ultimately came clean to Cartwright at their Los Angeles apartment days later. Right away, Cartwright left their home and headed to Las Vegas, where her friend Cara resides.

Following the cheating admission, Taylor and Cartwright split briefly but are now back together and continuing to travel the country together. There are even swirling rumors in regard to a future marriage between them, but nothing has been confirmed quite yet.

As fans may recall from Vanderpump Rules season 4, Stowers appeared to hook up with Lisa Vanderpump's son, Max, during a trip with her co-stars. That said, their alleged romance appeared to be short-lived. 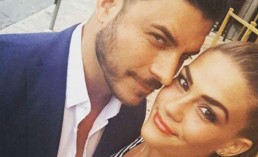 Brittany Cartwright Faces Backlash After Getting Back Together With Jax Taylor 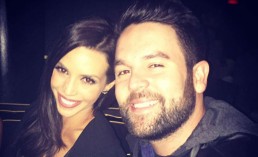 What Does Scheana Marie Think About Mike Shay's New Girlfriend? 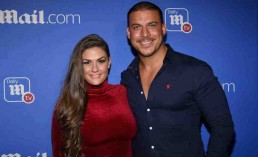