It all started when Pai posted a video of himself wielding a lightsaber and making fun of net neutrality supporters on Twitter. This didn't sit well with Hamill, who plays the iconic role of Luke Skywalker in George Lucas' epic space opera franchise, and so he decided to call Pai out.

He then asked the FCC chairman if he paid Star Wars music producer John Williams royalty for using his soundtrack and concluded his tweet with the hashtag #AJediYouareNOT.

The Last Jedi star wasn't the only one who was irked by Pai's video. Record label Mad Decent and DJ/music producer Baauer accused Pai of copyright infringement for using the Harlem Shake track without consent. The video was later taken down by YouTube temporarily before resurfacing on the video-sharing website.

For those who do not know, Net Neutrality refers to the 2015 regulations passed during the Obama administration that prohibits ISPs like AT&T, Comcast, and Verizon from blocking users' access to content, applications or websites. On Thursday, Dec. 14, the Republican-controlled FCC voted to repeal the regulations in favor of new rules that net neutrality supporters claim will allow ISPs to exploit consumers.

Shortly after Hamill's tweet to Pai, Republican Senator Ted Cruz rushed to the FCC chairman's defense and tweeted to Hamill, saying that the actor should "reject the dark side" and support the FCC's decision to free the net. "Luke, I know Hollywood can be confusing, but it was Vader who supported govt power over everything said & done on the Internet," Cruz wrote. "That's why giant corps (Google, Facebook, Netflix) supported the FCC power grab of net neutrality."

.@HammillHimself Luke, I know Hollywood can be confusing, but it was Vader who supported govt power over everything said & done on the Internet. That's why giant corps (Google, Facebook, Netflix) supported the FCC power grab of net neutrality. Reject the dark side: Free the net! https://t.co/nARkMvIEYk — Ted Cruz (@tedcruz) December 17, 2017 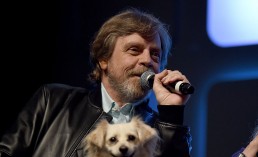 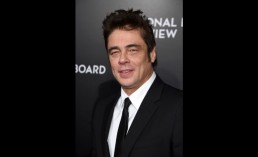 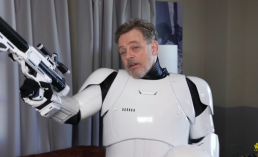