Actor Michael Douglas has preemptively denied sexual harassment allegations against him in an interview with Deadline published on Tuesday, Jan. 9.

Douglas, 73, decided to come forward after being told that The Hollywood Reporter and Variety were running a story relaying allegations of sexual harassment made by a female employee who worked under the actor more than three decades ago.

The Ant-Man actor said that the abovementioned publications reached out to him for a comment with regard to the woman's claims. The actor stated the alleged woman that he used lewd and dirty language in front of her, masturbated in her presence and also blackballed her from the industry after getting rid of her.

I felt the need to get ahead of this," Douglas told Deadline's Mike Fleming Jr, about preemptively denying the woman's claims. "This is a complete lie, fabrication, no truth to it whatsoever."

Douglas pointed out that the woman in question worked for his production company in New York and let her go because he wasn't happy with her level of productivity. He said that when people from the industry contacted him to ask about her, he would tell them the truth but never tried to blackball her.

The Oscar winner also admitted to using dirty language in front of her and apologized for the same but noted that none of it was aimed at her. He said that it is possible that she may have overheard his private conversations with her friends. However, if she was so offended by his language, she was free to excuse herself.

The veteran actor referred to the accusations as "extremely painful" and said that he was extremely hurt when he had to share these allegations with his wife, Catherine Zeta-Jones and their two children, Dylan, 17, and Carys, 14. He stated that his wife has been his pillar of support during this ordeal, which he referred to as an utter "nightmare."

The actor vehemently denied behaving inappropriately toward or in front of the female employee or any other woman over his 50-year career and voiced his support for the #MeToo movement.

The #MeToo movement urges dozens of men and women to come forth with their allegations of sexual assault against high-profile men in the industry, including Harvey Weinstein, Dustin Hoffman, and Kevin Spacey.

"I hope this movement continues to grow, but that there is care shown in who is accused and how the accusation is handled," he added.

This comes two days after the Golden Globe awards, where celebrities wore black in solidarity with the Time's Up movement against sexual harassment in the industry. 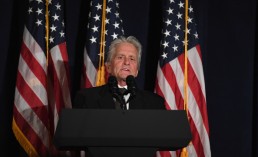 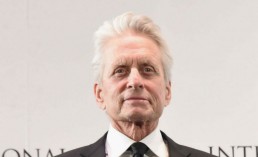 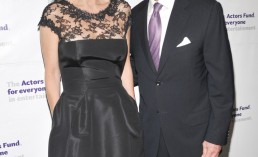