Selena's legacy continues to grow. The late Tejano singer's family has worked hard for the past several years to ensure that her name would continue to serve as an inspiration for others. In 2016, wax museum Madame Tussauds honored the singer by unveiling a wax figure and MAC Cosmetics released a limited edition Selena makeup. In 2017, Selena posthumously received a star on the Hollywood Walk of Fame, which was accepted by her family.

Now, it has been announced that a new show will be coming to ABC that is inspired by Quintanilla-Perez's life.

ABC has revealed that a music-driven drama has been green-lit. The show has not received a title or premiere date yet but has Scandal's Miguel Nolla confirmed as the writer and co-executive producer. The show will be about fictional, latina singer, Alex Guerr, who is an award-winning pop star that's been estranged from her family for years. Alex must return home where a complicated love triangle begins and dark family secrets come to light.

The show will also have Selena's siblings, Abraham Quintanilla, Jr. and Suzette Quintanilla Arriaga, as co-producers.

"We are excited to come on board as producers on an ABC music driven, Latino family drama that celebrates Selena's musical legacy with a lead character whose music and career is inspired by Selena," Quintanilla Arriaga said a statement.

ABC studios is collaborating with Campanario Entertainment and SB Projects for the upcoming series.

"This project gives us all an opportunity to showcase a successful, aspirational Latino family in a way that is not currently represented on television," president of Campanario Entertainment, Jaime Davila, stated.

Selena was tragically murdered on March 31, 1995, by her friend and former manager of her boutique, Yolanda Saldìvar. The singer's life was dramatized in the 1997 biopic, Selena, which starred Jennifer Lopez, Edward James Olmos, and Constance Marie.

Her husband, Chris Perez, who was also a member of her band, wrote a memoir in honor of her legacy, titled, To Selena with Love. The book gave a personal look at the couple's marriage, the fateful day the singer died, and how he moved forward with his life.

Since her death, Selena has become a cultural icon and musical inspiration for many Latin-American artists, including Selena Gomez, Ricky Martin, and Shakira. 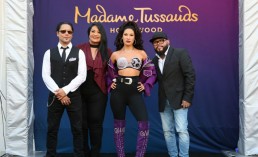 Selena Quintanilla Will Receive Star On Hollywood Walk Of Fame, Sister, Suzette, Will Accept Star On Behalf Of Family 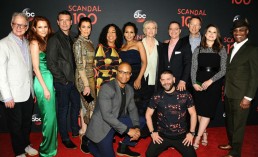