Jennifer Lopez and boyfriend Alex Rodriguez grace the cover of the latest issue of Vanity Fair and share the details of their awkward and hilarious first date.

It was shortly after the two saw one another out and about in Beverly Hills.

“I almost yelled out ‘Alex,’ but I am the shyest person when it comes to things like that,” Lopez said. She then went outside to catch up with him but his back was turned. “I could literally just have walked away. But I walk over and tap him on the shoulder and say, ‘Hey.’”

That seemed to be enough for Rodriguez because he turned around, saw Lopez rocking her “short curly hair”, boots and jeans and responded, “’You look so beautiful.’”

Lopez and Rodriguez then dive into the details of their first date at Hotel Bel Air.

“He was sitting there in his white shirt, very confident and manly, but then he was just so talkative! I think he thought I was going to be this loud person, but I’m not. I just listen. So he’s talking, talking about his plans, about how he had just retired from baseball, about how he saw himself getting married again, all these things you wouldn’t normally talk about on a first date. I don’t know if he thought it was date. I thought it was a date.”

Lopez added that Rodriguez revealed he was a little “nervous” when he asked if she wanted a drink. She declined, pointing out that she didn’t drink, so he asked if it was okay if he did.

Things took an interesting route when Lopez told Rodriguez, “around the third or fourth inning that she was single.”

He responds by going to the bathroom to muster up the strength to text her.

Lopez said the two are so close that they have a “twin” vibe going on as they understand one another unlike anyone else in their lives. She outlined how the two experienced much success at a young age as well as went through major life changes int heir 30s and 40s. 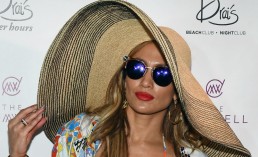 Jennifer Lopez And Casper: Is Singer Pregnant With Her Third Child? [VIDEO] 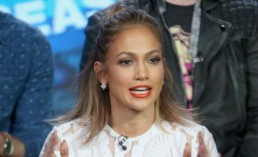