Selena Quintanilla-Perez will finally receive her star on the Hollywood Walk of Fame. The late tejano singer's sister, Suzette, will be accepting the star on behalf of the family on Friday, Nov. 3.

Suzette arrived in Los Angeles early this week to help prepare the star for its debut.

"They don't give this honor to everyone, so I'm beyond honored... to be able to participate in the making of it, priceless," Suzette wrote on her Instagram page.

Suzette and the remaining members of the Quintanilla family have been working very hard for the past 20 years to ensure the legacy of their beloved Selena. The Como La Flor singer was tragically murdered on March 31, 1995 by her former friend and manager of her Selena Etc. Boutiques, Yolanda Saldivar. Selena was meeting with Saldivar to discuss missing records and money problems. Saldivar was accused of stealing money and falsifying checks. Saldivar shot the singer at the Day Inn Hotel in Corpus Christi were Yolanda was staying. Quintanilla-Perez died from the gunshot wound that severed an artery. Selena was 23 at the time of her death.

Since her death, Selena has become a cultural icon, with many artists still citing her as a musical influence. Fellow artist and actress, Jennifer Lopez, portrayed Selena in a biopic about her life in 1997. The movie became a cult classic and was responsible for launching J. Lo's career.

Suzette has worked with a Google, MAC, and Madame Tussauds; all who have released some sort of tribute to the late singer.

In addition to her sister, brother, A.B., and parents, Abraham and Marcella, Selena also left behind her husband Chris Perez, who was a part of her band Y Los Dinos.

Perez and Quintanilla eloped in April 1992 after her father's refusal to accept their relationship.

Perez released a book in honor of his late wife's memory, titled To Selena With Love. In it, he speaks about how he and the "Dreaming of You" singer met, the day they decided to elope, and the guilt he felt over her death. No word has been said if Perez will be attending the ceremony tomorrow.

Eva Longoria will be the master of ceremony as she and Mayor of Los Angeles, Eric Garcetti will proclaim Nov. 3 as Selena Day.

You can watch the unveiling of the star on Friday, Nov. 3! 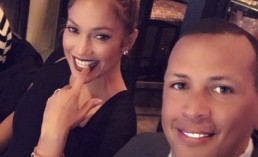 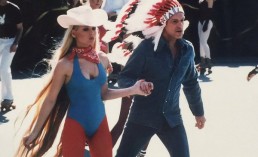