Planning a trip to New York City this year? Make Broadway a part of it! Enstars has your inside guide to the newest Broadway shows that will debut in 2018.

Five years ago, a 3D animated Disney film took the world by storm. Frozen centered around two sisters, Elsa (voiced by Idina Menzel) and Anna (voiced by Kristen Bell), whose influential bond saves the fictional kingdom of Arendelle from being conquered.

After winning numerous awards including the 2014 Best Animated Feature at the Academy Awards, Disney Theatrical Productions will bring Anna and Elsa to Broadway in the highly anticipated musical.

Actresses Caissie Levy and Patti Murin are expected to portray the sisters. The musical is scheduled to start previews on Feb. 22 at the St. James Theatre and will feature new songs from the animated film's music team: Robert and Kristin Anderson-Lopez.

One of the most influential plays of the 1990s is expected to make its return to the Great White Way this year. Actors Andrew Garfield and Nathan Lane will headline this revival of Tony Kushner's powerful two-part play that will start previews on Feb. 23.

Broadway Classics Are Back

Two of Broadway's iconic musicals are scheduled to be revived for a new generation of fans to enjoy. Rodgers and Hammerstein's Carousel is expected to feature high octane performances from Hamilton alum Joshua Henry, Beautiful: The Carole King Story's Jessie Mueller, and opera legend Renee Fleming. Carousel is expected to start previews on Feb. 28 at the Imperial Theatre.

Another legendary Broadway show, My Fair Lady, will make its bow on March 15 at the Vivian Beaumont Theatre. Six Feet Under actress Lauren Ambrose is expected to portray Eliza Doolittle, a character that had been portrayed by legendary actresses Dame Julie Andrews and the late Audrey Hepburn.

Harry Potter And The Cursed Child

While fans can get tickets for the show in February, Harry Potter And The Cursed Child will open up for previews on March 16 at the Lyric Theatre. The show will officially open on April 22.

Tina Fey has been hard at work transforming Mean Girls into a Broadway musical. While Lindsay Lohan will not be participating in the musical, a new group of actresses will bring the "Plastics" to life starting with March 16 previews at the Lyric Theatre. The show will officially open on April 8.

One of the most powerful creatures in cinematic history will make his Broadway debut this fall. King Kong is expected to roar into the Broadway Theatre on Oct. 5 with previews before opening to the public on Nov. 8. It is unknown who will join the gigantic ape on stage. 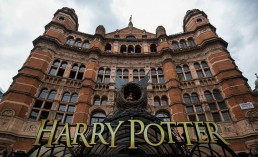 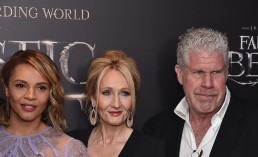