On Jan. 13, actress Eliza Dushku wrote on her Facebook page that she was allegedly abused by stuntman Joel Kramer during the production of the film 'True Lies.' Dushku's former co-stars have supported her, while Kramer denied the allegation.

Actress Eliza Dushku has joined the #metoo movement after speaking out about the sexual abuse she endured as a child actor. The actress claims she was molested during the production of the popular 1994 thriller True Lies. Dushku also outed her alleged abuser, stuntman, Joel Kramer.

The Buffy the Vampire Slayer actress posted on her Facebook account on Saturday, Jan. 13, what took place while on set for the film. The actress claims she was "groomed" and then "sexually molested" by Kramer in his trailer. Dushku elaborated that she was purposefully injured by Kramer during a helicopter scene after he was confronted by an adult she confided in.

"My life was literally in [Kramer's] hands: he hung me in the open air, from a tower crane, atop an office tower, 25-plus stories high. Whereas he was supposed to be my protector, he was my abuser," Dushku wrote.

Kramer immediately denied the claims, stating that they were "completely false" and that he treated Dushku with "respect and was protective of her safety".

Dushku reiterated her claims the following day on her page once again, stating that Kramer was telling lies and she was telling the truth.

The Bring it On actress' former costars, Jamie Lee Curtis and Arnold Schwarzenegger, have both publicly supported her accusations. Curtis, stated that she was aware of Dushku's claims for years and was "shocked and saddened" when Dushku confided in her.

"All of us must take some responsibility... Many of us involved in "True Lies" were parents... What allegedly happened to Eliza, away from the safety net of all of us and our purview is a terrible, terrible thing to learn about and have to reconcile," Curtis wrote in her Huffington blog post.

Director James Cameron supported Dushku's claims as well, stating there would have been "no mercy" if he was aware of what was taking place.

Also confirming Dushku's story is her mother, Judith, and Sue Booth-Forbes, who was Dushku's legal guardian on set.

Kramer joins an ongoing list of other men in Hollywood that have been accused of sexual misconduct. The allegations began after disgraced movie mogul Harvey Weinstein was accused of sexually assaulting, raping, and harassing over 80 women. 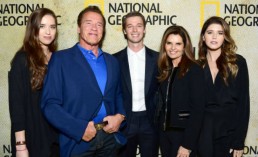 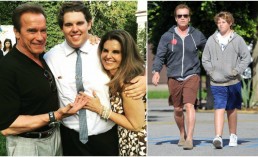 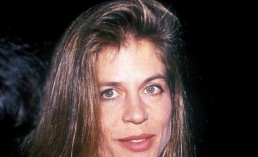