The legendary film "Terminator" is set to return and so will the caste of the original film. Along with Arnold Schwarzenegger, actress Linda Hamilton is also going to make a comeback in the James Cameron sci-fi franchise. Hamilton will be returning for the project after 25 years. The film is being made by Skydance and Paramount, reported Hollywood life .

Cameron, the creator of Terminator revealed the return of Hamilton as Sarah Connor at a private event. "Deadpool" director Tim Miller will be directing the film and Cameron will be producing it. The new installment is going to be the direct sequel to Terminator 2: Judgment Day and will apparently be the first installment of a new trilogy. Speaking on the age factor of Hamilton, the genius director said,"There are 50-year-old, 60-year-old guys out there killing bad guys, but there isn't an example of that for women."

In 1984, Hamilton starred in the first film as Sarah Connor who played the role of a waitress and had a very assertive and powerful role as a woman at that point of time. In the movie, her character Sarah was hunted by a killing machine sent from the future and it was played by Schwarzenegger.To save the world from machines, she had to become a leader to protect the human race. Later on, in 1991, a sequel was made and Hamilton returned as Sarah but this time she fights to protect her son. After that, there were sequels to the film being made in 2003, 2009 and 2015.

Linda Hamilton and James Cameron were married to each other.They tied the knot in 1997 and it was in this year that Titanic was made. The movie ended up winning 11 awards. Hamilton had said that her marriage with Cameron was a disaster. She had mentioned that she hated accompanying the Avatar director for award shows. However, their marriage lasted for only eight months.

The terminator fans will now get to see their favorite star caste in their iconic roles but we still have to see if the magic of Cameron, Hamilton, and Schwarzenegger will work or not. Although along with the veterans, the film will also have a new set of actors. 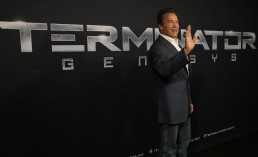 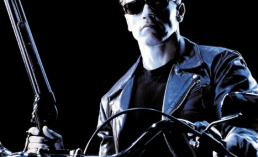 'Terminator 5' Spoilers: Iconic Items From Sci-Fi Franchise Up For Auction Ahead Of 'Genisys' Release [VIDEO] 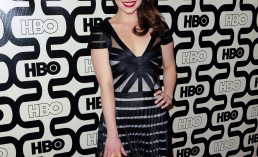