Porsha Williams had fought off drama with Kandi Burruss in earlier episodes of Bravo’s The Real Housewives of Atlanta, which still didn’t help their relationship. Now, Williams has another battle to win as she’s set to sit down with Burruss’ mother, Mama Joyce, in the next episode.

Williams and Burruss were on good terms until last season. Williams repeated a rumor that Burruss and her husband, Todd Tucker, wanted to sexually assault Williams. In the end, it came out that Phaedra Parks was the one who told Williams the rumor. Parks is no longer on the show and Williams has been dealing with the fallout since then.

Anyone who has watched the show knows that Mama Joyce does not play when it comes to her daughter. It was only a matter of time before she wanted to sit down with Williams. The network has released a teaser of what went down during their conversation.

Mama Joyce was all smiles when Williams showed up to their lunch date. Williams also had nothing but compliments for her. Once the pleasantries were over, the women dug into their issues. Mama Joyce informed Williams that Burruss had no idea she asked her to lunch before she questioned Williams about what caused their drama.

“Did you honestly, honestly feel that what Phaedra said was the truth?” asked Mama Joyce.

Kandi Burruss On Why She's Not Over It

Burruss echoed similar sentiments in her blog when it came to the seriousness of the ordeal. She addressed her assistant, Don Juan, throwing shade at Williams at an event for Burruss that aired on Sunday’s episode. Burruss defended Don Juan’s statement and said he as well as her whole team could have been impacted if Burruss’s career was ruined thanks to Williams and Parks’s accusations.

“Everybody is acting as if what Porsha did wasn’t a big deal,” said Burruss. “Meanwhile we’re seeing stories of people that get accused of sexual assault (drugging someone for sex is sexual assault) lose hteir jobs, companies, careers etc. They people who work for them are losing as well because of their accusations. Now that is understandable if the person accused actually did those things, but if they’re in jeopardy of losing it all because some chick chose to spread a bull lie, then that’s horrible.”

She said Williams getting thrown a little shade is nothing in the grand scheme of things. 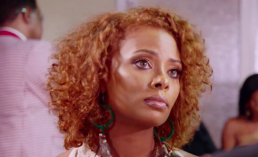 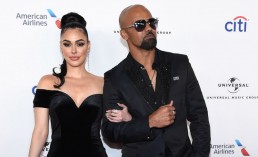 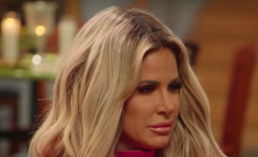