Kourtney Kardashian and Younes Bendjima were reportedly spooked by a pregnancy scare earlier this month and according to a report, Kardashian taunted her ex with the potential news.

Months into her relationship with the 24-year-old model, the 38-year-old Keeping Up With the Kardashians star and mother of three reportedly suspected that she was pregnant with her fourth child, the first baby of her much younger boyfriend.

“Kourtney thought she was pregnant for a minute this month and it completely freaked her out,” a source close to Kardashian revealed to Hollywood Life on Feb. 1.

The report claimed that after fearing she was carrying Bendjima's child, Kardashian became afraid to tell her boyfriend of the possibility that she was pregnant. After all, the model reportedly comes from a very strict and traditional home and his family may want them to get married immediately.

Kardashian and Bendjima have been dating for several months, but when it comes to a future marriage, it's hard to say whether or not Kardashian would be open to the idea, especially considering she previously turned down the idea of marrying Scott Disick after dating for nearly a decade.

Although Kardashian's possible pregnancy was alarming, she has since confirmed that she is not pregnant and informed Bendjima that she was not having his baby. Right away, they were both a bit sad but also relieved by the news.

The Hollywood Life insider went on to say that during the time Kardashian was reportedly convinced that she was having another baby, she allegedly messed with her former boyfriend, Disick, the father of her three children.

“She teased him about being possibly pregnant with Younes’ baby and he completely lost it,” the insider said.

According to the report, Disick was furious to find out that his former girlfriend may be expecting a child with another man because he is allegedly set on the idea of having children only with each other. That said, Kardashian reportedly enjoyed torturing her ex with the possible news for several days before finally coming around and telling him it was a false alarm.

To see more of Kourtney Kardashian and her family, including her children and her sisters, Kim and Khloe Kardashian and Kylie and Kendall Jenner, don't miss new episodes of Keeping Up With the Kardashians on Feb. 11 at 9 p.m. on the E! Network. 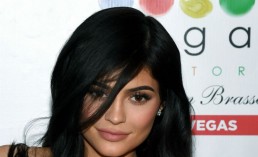 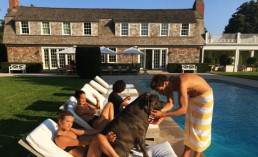 What Does Sofia Richie Think Of Kendall Jenner's Instagram Diss? 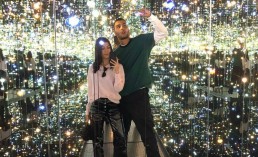