Between seasons, Dancing with the Stars professional dancers take the show across the country, however, one audience did not get to experience the show.

Fans of Dancing with the Stars in Ames, Iowa were disappointed to learn that they would not be able to see their favorite professional dancers perform at least on Feb. 5. The cast was driving to Stephens Auditorium when one of the buses was involved in a 70-car pileup outside of Interstate 35.

On Monday, Feb. 5, a representative of the Dancing with the Stars' press team took to Instagram to release the official announcement canceling the Ames, Iowa stop. The statement read that bad weather caused the accident and that the cast and crew members are fine. However, it is also noted that there were a few people that were recovering from slight injuries.

"Given this unforeseen accident, and the fact that the safety and health of our cast and crew is of the utmost importance, tonight's show at Stephens Auditorium in Ames, Iowa has been cancelled," wrote a Dancing with the Stars representative.

The representative also added that the cast and crew sent their thoughts and prayers to anyone that was impacted by the accident.

Moments after the statement was posted, the show's devoted fan base took to the social media network and issued their opinions.

"Hoping everyone is truly ok. Thoughts and prayers are with all involved and their family and friends. Multi-car accidents are so scary," wrote one fan.

Others were disappointed over the news and begged the Dancing with the Stars: Live executive team to reschedule.

"I was so excited then so sad!!! My bucket list item just gone! Hope all are well and please come back to Ames, Iowa," wrote another fan.

Actor-singer Jordan Fisher, who is appearing on the Dancing with the Stars: Live tour, took to Twitter to share that the crew was safe and sound. He also thanked fans for their support as the crew dealt with the accident's aftermath.

Fisher won the previous season of Dancing with the Stars with professional partner Lindsay Arnold.

Dancing With The Headlines

The Ames, Iowa show is the only performance that has been canceled, so the tour is expected to continue. Once the professional partners finish the tour, it is expected that some of them would return to the ballroom to prepare for the all athletes edition of the ABC dancing competition.

The recent accident is not the only time that the show has made headlines. If fans may recall, Shark Tank entrepreneur and former Dancing with the Stars contestant Barbara Cochran grabbed her professional partner Keo Motsepe's crouch during an episode. 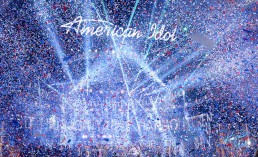 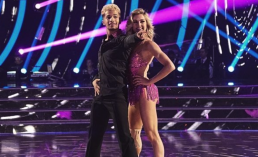