Congratulations are in order for Jordan Fisher and Lindsay Arnold!

The pair has been crowned as the winners of the 25th season of ABC's Dancing With the Stars!

Fisher, Arnold went head-to-head with Lindsey Stirling and Mark Ballas as well as Frankie Muniz and Witney Carson in the season finale of the dance reality competition but it was the former duo that emerged victorious and took home the coveted Mirrorball Trophy after receiving perfect scores for two dance performances.

Fisher, who has starred in Hamilton and Grease Live!, was always considered as a favorite to win the competition because of his passion for musical theater and dance.

Each pair had to perform two dance routines and after receiving back-to-back perfect scores last week, Fisher and Arnold earned more perfect scores in the finale with their repeat performance of his samba from the second week.

Stirling and pro partner Ballas brilliantly executed a jive performance to "Jitterbug," for which they picked up a perfect 30 out of 30 points. Muniz and Carson followed up with a pirate-themed Argentine Tango from Disney Night and also received a perfect score for their performance.

It was all even between the pairs as they geared up for their final performances, which were "24 Hour Fusion Dances." Fisher and Arnold impressed the judges with a dazzling performance of a salsa/paso fusion and earned a perfect 30 points.

Sterling and Ballas perfomed a cha cha/tango fushion for a perfect score while Muniz and Carson only managed to collect 28 points with their foxtrot/tango fusion.

What The Judges Said To Fisher And Arnold

"Your skills are just ridiculously out of this world. But what's amazing is you're an incredible dancer, an incredible performer, but what I've noticed the most that makes you stand out to me is what you've done with Lindsay," judge Carrie Ann Inaba said after Fisher's final performance,

Fellow judge Len Goodman referred to the Broadway star as the "most complete male celebrity" to have ever starred on the show while judge Bruno Tonioli said he "right up there with the best we have ever seen on this show."

The final scores were revealed live on stage and Fisher and Arnold were finally declared as the winners of the Mirrorball trophy. Watch Arnold and Fisher's performances below: 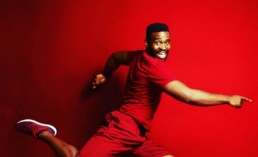 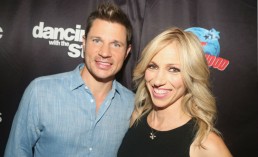 Nick Lachey Heads Home From "Dancing with The Stars" 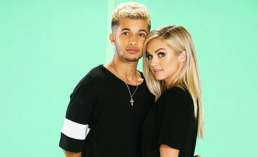