The Master actor Joaquin Phoenix is reportedly the preferred thespian to play the iconic DC clown, Joker, in a stand-alone film by Todd Phillips.

The still nameless project is still in wraps, though Variety said that Warner Bros. and Phillips were already engaging in discussions. Even so, the director, whose list of handiworks includes The Hangover film series, already expressed his intentions of hiring Phoenix as the lead character, in contrast with reports that Leonardo DiCaprio was the top contender for this role.

Sources said that Phoenix had agreed on taking the role, even though negotiations are still absent. But fans should take this news with a grain of salt, as there were many times the Gladiator actor had been offered a challenging villain role in the DC world, but eventually refused.

As avid and well-versed fans could remember, Phoenix was also handed the role of Lex Luthor for Batman v Superman: Dawn of Justice. Obviously, he passed on the project and the character eventually went to Jesse Eisenberg. Apart from this, he was offered a role in Doctor Strange, but declined as well.

To back up their claims, sources said that Phoenix and Phillips had already met in December to talk about the project. Apparently, the two were just waiting for the studio to give them the green light.

The film is cowritten by Phillips and Scott Silver. It would take a long, hard look on Joker's background story and what he did to become one of the most intellectual villain in the DC world.

Insiders revealed that the film would take place in the '80s. But audience should know that this Joker film would not affect the role in other DC movies.

Jared Leto, who played Joker in Suicide Squad, is believed to be reprising the same role in the sequel of the hit sci-fi action film. With this taken into consideration, Phoenix's character would not have any effect on Leto's character's storyline.

With this said, the studio and Phillips have not said any target date for the film's release. As mentioned, essential details were still undisclosed and are expected to leak in the following months.

The news spread like wildfire and fans have had so far expressed mixed emotions on social media.

"Joaquin Phoenix as The Joker is such a massive upgrade from Jared Leto that I'm retroactively mad at him not being the first choice for SUICIDE SQUAD," user Stefano De La Cuesta tweeted.

Another one joked and cited an instance where Phoenix's and Leto's character would meet, and supported it with a photo that had two Spider-Man. 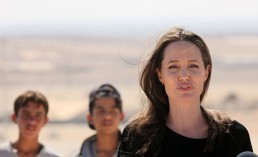 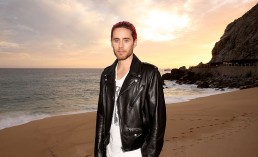