Angelina Jolie obviously thinks that it's time to move on. After her divorce from Brad Pitt, one of the most popular actresses mainly dealt with the children and now is finally time to restore the old flames for her colleague Jared Leto.

Angelina Jolie has begun once again with spending more time with actor Jared Leto, the man she was in love with 13 years ago. According to Yahoo report, those two were seen while having a romantic dinner in secret.

It's not the secret that Angelina Jolie and Jared Leto were in short relationship that started on the set of the movie "Alexander" in 2004. One year later, Jolie met Brad Pitt on the set of "Mr. & Mrs. Smith."

When she filed for divorce from Pete, Jared Leto was the first person Angelina Jolie reportedly called. Their close friendship bothered Brad while they were married and he never felt comfortable in the presence of Leto.

Some of Brad's friends even think that she was with him only because Jared refused her. Brad Pitt had known that Angelina Jolie was in love with Jared Leto, so he was broken every time he heard that she plans another cooperation with the Year since he has a reputation as a true seducer.

While a leading Hollywood actress is enjoying in the reunion with her old love, Jennifer Aniston is writing a book in which supposedly reveal previously unknown circumstances related to the relationship between Brad Pitt and Angelina Jolie.

Actress Jennifer Aniston will supposedly describe (in her novel) how the relationship between Pitt and Jolie started and revile many unknown things that the public has not been familiar with. She has signed a contract for a book and she is so excited about it. However, Jennifer knows that the section about Brad and Angelina Jolie will be the most difficult for her to write. She doesn't want to open old wounds, but they are part of her past, and they can't be left out, says a source to NDTV Movies.

Angelina Jolie and Brad Pitt met and became friends while the Hollywood seducer was married to Jennifer Aniston. Jolie was satisfied and sure that she has Pitt all for herself when Jennifer got engaged to Justin Theroux. 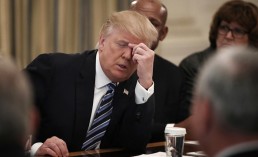 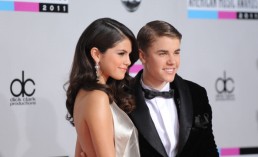