The 2018 Winter Olympics have begun! While there is so much to look forward to -- from figure skating, ski jumping, and bobsledding, the fashion will also be heating up the winter games, literally.

The Opening Ceremony kicked off on Friday, Feb. 9, in PyeongChang, South Korea. Thanks to fashion designer Ralph Lauren, he's making sure Team USA remains nice and toasty for the big kick-off.

While Ralph Lauren is known for his western-inspired designs, Twitter was surprised to see that the "fringed gloves" didn't highlight the country's official colors. However, the front of the gloves are beaded with an American flag and five Olympic rings.

Aside from the gloves, another unique factor about this year's outfits is the heated parka, which will keep the competitors warm in the frigid temperatures. Each of the participants will wear both a parka and bomber jacket that feature heating systems lasting up to 11 hours.

The built-in warmers work through electronic-printed conductive inks that link to a battery pack with three adjustable settings. The temperature in the jackets can be controlled by each athlete's cell phone.

When asked about his goal upon creating the outfits for the ceremony, Lauren explained that he wanted to make sure the team felt confident and secure.

"Our goal was to make the team feel comfortable and excited to take the global stage, where they could feel confident and secure and ready to compete," Lauren stated.

GET PUMPED to see our athletes in their new @RalphLauren outfits! It all starts tomorrow on @nbc with the opening ceremony! pic.twitter.com/2ID1w1ZaiI — U.S. Olympic Team (@TeamUSA) February 9, 2018

The Opening Ceremony for the 2018 Winter Olympics kicks off at 5 a.m. Central Time, but will broadcast at 7 p.m. on NBC in the United States. 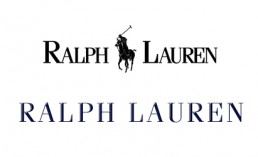 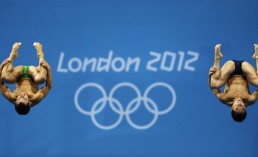 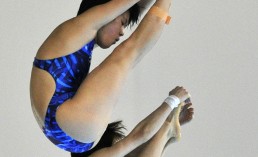