Nearly one year ago, England music lovers' lives were changed forever when a suicide bomber caused chaos outside of the Manchester Arena.

The person that was most impacted by the terrorist attack was the performer that the Manchester Arena audience was there to see: Ariana Grande.

"When she found out fans of hers had died, she was so sad. I mean, she cried for days. There was nothing that could stop us. She felt every pain. Every face that they announced, every name-she wore it on her sleeve, like every bit of emotion, because that's who she is," Braun told E!

While Grande was unharmed during the attack, over 20 people were killed and dozens of people were injured outside of the Manchester Arena. The incident forced Grande to suspend several of her Dangerous Woman tour concert performances until the "Love Me Harder" singer decided to organize a benefit performance to honor the victims of the attack.

"She said, 'Scooter, if I don't do something, I'm not who I say I was and these people died in vain. I need to get back on the road immediately,'" Braun added.

Grande and Braun then worked together to rally several music heavyweights such as Coldplay, Justin Bieber, Katy Perry, Miley Cyrus, and Pharrell Williams together for the massive benefit concert.

According to Entertainment Tonight, the One Love Manchester concert raised over $3 million for funds that would go directly to the concert's victims.

Since the One Love Manchester benefit concert and finishing up her Dangerous Woman tour, Grande has engaged in the public eye several times.

In October 2017, Grande posted an Instagram photo of her and a friend preparing to celebrate Halloween in style as zombies when they attended Halloween Horror Nights.

That same month, Grande unveiled her new bitmoji keyboard, the Arimoji, which would allow her fans to send a collection of stickers and memes to their friends and family.

Grande also released a cover of the theme song to the fan-favorite Disney film Beauty and the Beast with John Legend. The duet was for Walt Disney Studios's live-action remake of the beloved 1992 Disney animated film. 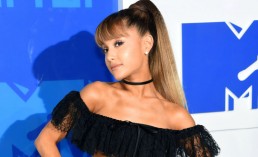 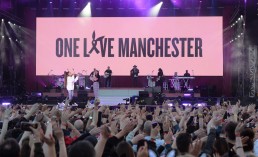 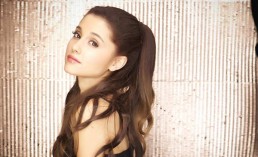