The Big Bang Theory's Jim Parsons will square off against Zac Efron in their upcoming film about serial killer Ted Bundy.

The television favorite has signed up to portray Larry Simpson. Simpson was the lead prosecutor who faced off against Bundy in a Miami, Florida courtroom in 1979. The Bundy Trial was the first televised trial across the United States.

Parsons' Simpson is expected to go up against Zac Efron's Ted Bundy. Portraying a serial killer is a far cry from Efron's previous roles. The actor's latest films include Baywatch and The Greatest Showman.

Aside from Parsons and Efron, the film will have a superb supporting cast.

Reports have indicated that Extremely Wicked, Shockingly Evil, and Vile will depict Bundy's crimes through Elizabeth Kloepfer's perspective. Actress Lily Collins will portray Bundy's longtime lover who was able to bring Bundy to justice by alerting the authorities of his whereabouts.

Kloepfer was not the only woman in Bundy's life. The Maze Runner and Pirates of the Caribbean actress Kaya Scodelario  is expected to portray Bundy's ex-wife, Carole Ann Boone.

Screen veteran John Malkovich has signed on to portray Judge Edward Cowart. Cowart was the government official that oversaw the Bundy trial and ordered the serial killer's execution.

Other actors that are expected to participate in the Extremely Wicked, Shockingly Evil, and Vile filming process are Haley Joel Osment, Dylan Baker, and Terry Kinney.

In addition to his appearance in Extremely Wicked, Shockingly Evil, and Vile, Parsons has a packed schedule.

He is expected to star in the Broadway revival of the play The Boys in the Band, which will make its bow on the Great White Way this summer.

Parsons will continue to play his iconic role on the fan-favorite CBS comedy, The Big Bang Theory. He won several Emmy awards for his larger than life portrayal of Dr. Sheldon Cooper. Parsons is also an executive producer and the narrator for the show's spin-off, Young Sheldon.

Back in 2016, Parsons starred in the drama Hidden Figures, which focused on the first black female mathematicians who worked for the National Aeronautics and Space Administration.

The film's release date is yet to be announced. 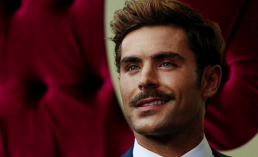 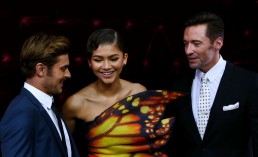