Tavis Smiley has filed a lawsuit against PBS following his suspension amid sexual assault allegations against him. The network has since responded to the legal action.

PBS released a lengthy statement and shut down Smiley’s attempt.

It called Smiley’s lawsuit “meritless” and said it was “yet another example of Tavis Smiley’s attempts” to get fans and the general public to forget about claims of his sexual misconduct with coworkers at the network.

PBS said that once it got a complaint against Smiley of sexual harassment, it didn’t waste time to investigate. It used Smiley’s interview in which he revealed that "he had multiple sexual encounters with subordinates over many years” as proof that he had been inappropriate with women in the workplace.

It also pointed out that this proof was enough for it to suspend Smiley; a decision the network made clear it stands behind.

“The notion that PBS’ decision to suspend distribution of the program was made for any reason aside from Mr. Smiley’s own behavior is ridiculous and false,” states PBS.

Still, in his lawsuit, Smiley accused the network of using the sexual misconduct allegations as an excuse to do something it has been aiming to do for some time now.

“PBS was prepared to make its decision to suspend distribution of the show without interviewing Mr. Smiley and providing him with an opportunity to respond to specific allegations,” said Smiley in the lawsuit.

It also accused the network of having a “racially hostile manner” against him. He said he has been “the only person of color to have served as the solo host of a daily national show in the history of PBS.”

Smiley has requested damages and attorneys’ fees in his complaint.

While he said he never “groped, coerced, or exposed” himself in an unjust manner at work, he did admit to having a romance he described as “consensual” in the workplace.

“If having a consensual relationship with a colleague years ago is the stuff that leads to this kind of public humiliation and personal destruction, heaven help us," said Tavis.

He pointed out that there are romances that have actually started at work before.

Smiley’s evening talk show first aired on PBS in 2004. It is also noted that Smiley was not an employee of PBS and his show was produced by his own production company, TS Media. 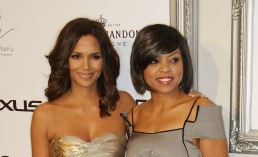 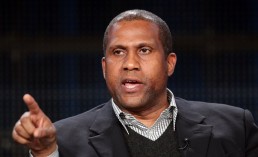