Suzie Hardy, who has accused Ryan Seacrest of sexual harassment and abuse, is not backing down from her allegations against the TV host following his denial.

Hardy challenged Seacrest's denial and further spoke against the talk show host in a second interview with Variety. The former E! News stylist accused Seacrest of playing the victim of an alleged extortion, which is farther from the truth.

"Ryan elected to take the story public with a false narrative that he was exonerated and the victim of some sort of money grab. He is not the victim, and I refuse to let him victimize me for telling the truth," Hardy said.

In the same interview, Hardy said that she "remained quiet for years" out of fear that no one would believe her story and that she would face ridicule and scorn for telling it. However, she decided to tell her story to NBC and speak her truth after she was "emboldened by the bravery of others" who spoke up against their accusers.

Hardy accused Seacrest of years of sexual abuse in an exclusive interview where she detailed the ordeal she endured during her time working with the TV host. The accuser claimed she suffered years of unwanted sexual aggression from the American Idol host between 2007 and 2013. She remembered he groped her vagina, slapped her buttocks so hard it left an imprint hours later, and worst, he grinded his erect penis against her while he was clad only in his underwear. Hardy claimed the abuse only ended after human resources fired her after she reported his behavior.

Seacrest has since called bluff on the allegations and claimed Hardy only wants his money. She allegedly asked for $15 million in exchange for her silence, although Hardy's lawyers denied such request. The host likewise claimed that he was not given the opportunity to air his side of the story before the accusations became public. However, according to reports, his representative declined to have him interviewed.

Hardy's sexual harassment allegations come ahead of Seacrest's hosting stint at the 2018 Oscars red carpet on Sunday. A source for E! revealed that there is no plan to pull him out of the event despite the scandal he is facing.

"It's live, and celebs can say anything. The plan is to have Ryan only interview celeb friends that he can trust," the source told Radar Online. 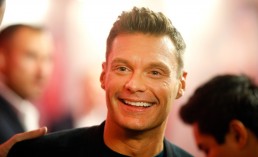 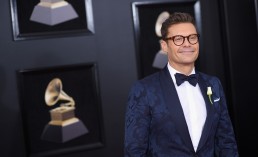 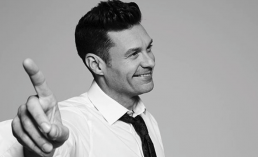