Either Kylie Jenner has some good genes or her snap-back game is strong. On Thursday, March 1, the first-time mom took to Snapchat to show off her post-baby body only a month after welcoming her daughter, Stormi Webster.

The 20-year-old cosmetics mogul shared two mirror selfie videos in nothing but a black crop top and black bikini underwear as her long tresses hang on her body.

In the first clip, Jenner gave her followers a side angle view of her tummy, which appears to be tight and toned.

In the second video, the reality star recorded straight on as she sits in the front of the mirror brushing her dark hair out of the shot.

Although the Keeping Up With the Kardashians star has been spotted out in public a few times since giving birth to her daughter, this is the first sign of the old Kylie since she became pregnant.

Kylie wasn't the only one to unveil something one month after Stormi's birth. Travis Scott also took to Snapchat to pay honor to their baby girl as she officially turns one month on Thursday, March 1.

Scott shared a photo of Stormi in a cozy pink sweater that reads, "DADDY," perhaps hinting that the newborn is already a daddy's girl?

In September 2017, rumors surfaced that the lip kit maven was expecting her first child with her rapper boyfriend Travis Scott. Neither of the two confirmed nor denied the news, until TMZ spotted Kylie with a baby bump.

Prior to making her first appearance in public with a growing belly, the new mom made sure to stay out of the public until she was officially ready to reveal her pregnancy.

Three days after giving birth to Stormi, Kylie took to Instagram to confirm her baby's arrival on Feb. 4.

Now Kylie seems to be back to her old self as she proudly flaunts her curves. Let's hope she will show off Stormi next. 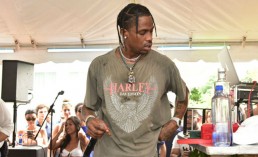 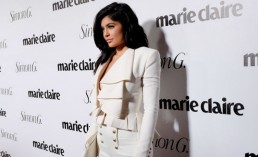 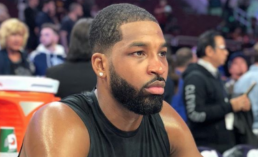